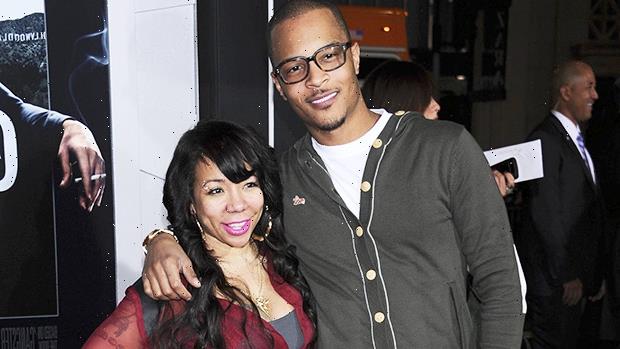 Two more women have accused T.I. and his wife, ‘Tiny,’ of drugging and sexually assaulting them. While the couple has denied the allegations, the LAPD has now opened an investigation into the claims.

T.I. (Clifford Joseph Harris Jr.) and his wife Tameka “Tiny” Harris are the subjects of a Los Angeles Police Department investigation over allegations that they drugged and sexually assaulted a woman in 2005. A spokesperson for the LAPD confirmed with HollywoodLife that there is an “active investigation” into T.I., 40, and his wife, Tiny, 45. The allegations were first published by The Daily Beast, who also reports that another woman, Rachelle Jenks, filed a report with similar allegations against the couple with the Las Vegas Police Department. Both T.I. and Tiny have denied the accusations.

T.I. and Tiny’s lawyer Steve Sadow told HollywoodLife, “The Harrises have not spoken to or been contacted by the Los Angeles Police Department (LAPD), the Las Vegas Police Department (LVPD) or, indeed, any member of law enforcement from any other jurisdiction in the country. Even assuming the story in the Daily Beast is close to accurate, it appears the LAPD ‘accuser’ has chosen once again to remain anonymous, thereby preventing us from being in a position to disprove or refute her allegations – or even examine them. Meanwhile, although we now appear for the first time to have the name of an ‘accuser’ who supposedly filed a police report with LVPD, we have absolutely zero details about her or her claim.”

The details about the first alleged assault were compiled into a report by two LAPD detectives, according to The Daily Beast, who claims to have reviewed the documents. The accuser, whose identity is being kept anonymous, says that she met T.I. and Tiny at a nightclub. She reportedly had two drinks before accepting a sip of Tiny’s Patron (tequila) drink. The accuser claims that T.I. and Tiny invited her and other women back to their hotel room. Eventually, the night wound down to where it was just reportedly T.I, Tiny, and the accuser. It was then when Tiny allegedly suggested they head into the bathroom to “freshen up.” Once inside, Tiny reportedly removed the victim’s clothing before she and T.I., now both naked, joined her in the shower.

Afterward, the three reportedly sat on the hotel bed. It was then that the woman claimed she began to feel sick when T.I. allegedly allegedly began to assault her. The accuser claims she told T.I. “no,” before rushing to the bathroom to throw up. The accuser claims her last memory of the alleged incident was sitting down on the couch before waking up the following day with “her vagina very sore and had a burning/itching sensation.”

The woman in Las Vegas, Rachelle Jenks, claims that Tiny approached her in August 2010 while she was using the restroom at Vegas’ McCarran International Airport, according to The Daily Beast, who claims to have obtained a copy of the LVPD report. After agreeing to hang out with the couple later that night, Jenks claims she met them at their room at the Venetian hotel. Jenks claims Tiny offered her a shot of Patron, which allegedly made her feel dizzy. Jenks claims that while left confused by the shot, she accepted MDMA from T.I., and he then attempted to remove her clothes. Jenks claims she said no because he was “being too aggressive and moving too quickly,” per the report.

The two accusers are represented by lawyer Tyrone A Blackburn, who held a press conference in March to assert he also represents “11 individuals, 10 women and one man” who have been “victims” of the Harrises over a 15-year time span, according to Deadline. The first allegations were made in January 2021, when multiple women – including former friend Sabrina Peterson — claimed the couple sexually assaulted them. The couple issued a statement in which they “emphatically deny in the strongest way possible the egregiously appalling allegations being made against them.”