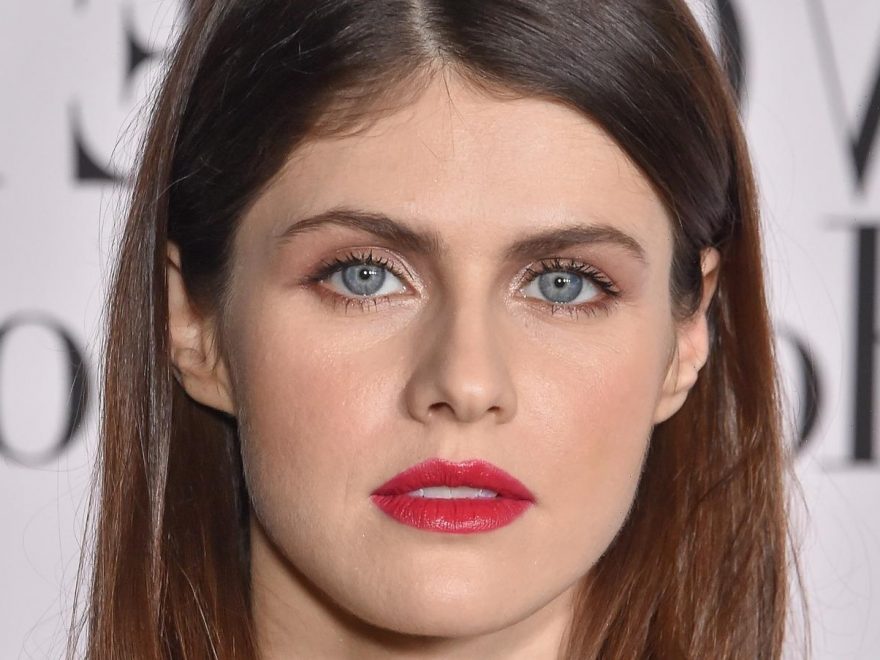 Born March 16, 1986, Alexandra Anna Daddario made waves with her stunning eyes and brilliant acting. Most people know her as either Annabeth in the “Percy Jackson” series, which put her on the map. In 2017, she became a household name with her role of Summer Quinn in the “Baywatch” film, alongside Dwayne “The Rock” Johnson and Zac Efron. With her unique characters and casually relatable Instagram posts, Daddario has been climbing the Hollywood latter for the past decade.

The actress has loved acting for almost her entire life, and she wants to keep focusing on playing interesting characters. In an interview with Vulture, Daddario shared, “You know, I’m a little scrappy and I tend to go on instinct. I’m also constantly amazed in this business that I have a career at all. So, there’s an element of fear that plays into all of my choices, although I’ve gotten better with that over the years. At a point, I wanted to work with certain people, and I think now it’s about a character and it’s about a director.”

So it seems as though the star is just getting started, but where exactly was her start?

Alexandra comes from a large family

A native New York City woman, Alexandra Daddario was born into a pretty large family of six. Her parents, Christina and Richard Daddario, have interesting career paths with her mother being a lawyer and her father being a prosecutor and former head of the New York Police Department counter-terrorism unit.

Alexandra also has two siblings, both being in the entertainment industry – one as an actor and the other as a social media influencer. The trio’s career paths make sense since growing up, they were basically in a real life “Gossip Girl” fairytale. They were raised in the Upper East Side, and Alexandra knew from a pretty early age that she wanted to get into acting, (via The Famous People).

From the Upper East Side’s Brearley School to Marymount Manhattan College, she pursued acting every chance she could. In 2002, she landed a role in “All My Children” as Laurie Lewis with an over 40-episode arc, launching her career, (via IMDb). Ultimately, Alexandra ended up dropping out of college to pursue acting full-time, (via The Daily Beast).

Alexandra got her big break in the Percy Jackson films

For the next eight years, Alexandra Daddario guest-starred in shows such as “Law & Order,” “The Sopranos,” and “Damages.” In 2010, she landed one of her biggest roles yet as Annabeth in the film adaptation of the best-selling novel, “Percy Jackson & the Olympians: The Lightning Thief.” The film got mixed reviews from critics and viewers alike, but critics did love Daddario’s performance, (via Rotten Tomatoes).

In a February 2010 interview with ClevverTV, she went on to say that she loved her character, noting, “Annabeth is a very complex, fully formed, strong character and that’s exciting for me to play.” However, fans were not so thrilled since Daddario’s character wasn’t as described in the novel.

In the original text, Annabeth was described as having tan skin and blonde hair. In the first film, she kept her brown hair, but later changed to blonde in the sequel, (via Independent.ie). At the time, she said, “I dyed my hair blonde for this one because the fans had an outcry after the first movie. We stayed close to the book in this one.”

She now has a mystery man in her life

In 2013, Alexandra Daddario starred in the horror remake, “Texas Chainsaw Massacre” and soon after, “Burying the Ex.” For the following years, she starred in films like “San Andreas,” “Baywatch,” and “Songbird” (via IMDb). However, the films didn’t receive high praise from critics, but that didn’t stop her, (via Rotten Tomatoes).

As of 2021, Daddario has three projects in the making. The first one being the leading role of Mary, in a drama called “Die in a Gunfight” that’s set to release in later 2021. Another gig is her slated appearance in an upcoming mini-series, “White Lotus” and a dramedy titled, “Happy Life,” alongside Evangeline Lilly, (via IMDb).

As for her personal life, she’s pretty private like many stars. However, on May 13, 2021, she posted a black-and-white photo of a mystery man in her life on her Instagram – captioned, “It was dark and cold and rainy today, a terrible combination, and it didn’t make it warmer to wrap him up in my arms but it did make it all seem lovely and nice and joyful” – which sent fans into a guessing game of who the lucky man could be. Needless to say, no new beau is stopping her career moves.