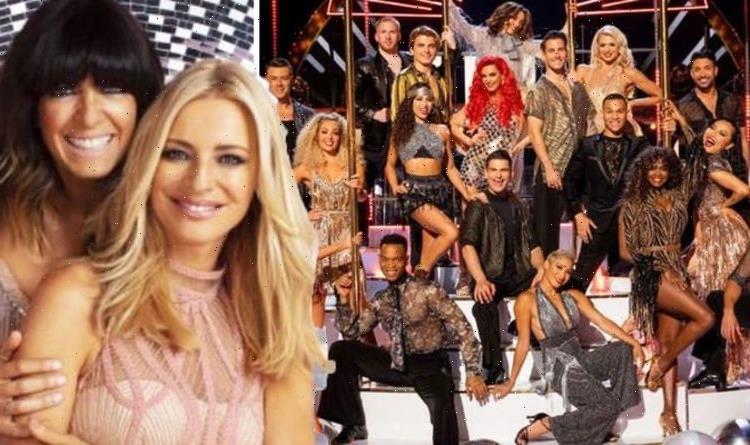 Strictly Come Dancing: 'We will all be there' says Motsi Mabuse

Strictly Come Dancing has been plunged into chaos just hours ahead of the show’s launch later today after two professional dancers reportedly refused to get vaccinated against coronavirus, which has left their celebrity partners hesitant to be paired with them.

The two dance stars are believed to be the only ones out of the 18 who are not vaccinated on the show.

A source claimed that the programme’s bosses are concerned about a potential outbreak of Covid on the dance programme, as it would mean “curtains for the show.”

They said: “The dancers who won’t get vaccinated have been a topic of conversation among cast and crew for weeks — even before the positive test.

“There were vocal protests from celebrities that they didn’t want to be paired with them.

“It’s a headache for bosses but employers cannot force workers to get jabbed,” they told The Sun.

A Strictly spokesperson told Express.co.uk: “We do not comment on speculation of somebody’s COVID vaccination status.

“Strictly Come Dancing production has, and will, continue to follow strict government guidelines to ensure the safety of all on the show.”

This is the second blow to the dance show as three days ago the BBC dance show suffered a blow when a pro dancer tested positive for Covid days before the launch show.

On Tuesday, the BBC confirmed that an unnamed dancer tested positive for coronavirus but also added that the show will still be going ahead.

The dance star had already been paired with their celebrity partner when they received their test results, which then saw the celebrity test negative for the virus.

This Saturday sees Strictly return with a pre-recorded show, which saw the dance pro test positive the day after filming.

As a result, they have to isolate for 10 days and their celebrity partner may be forced to find another partner.

A BBC spokesperson said: “A professional dancer has tested positive for COVID-19 however this didn’t affect recording of the launch show which airs this Saturday.

“We are following government guidelines to ensure the safety of all on the show.”

This season welcomes changes across both the dancefloor and judging panel.

Long-time dance pro Anton Du Beke is joining the judging panel after 17 years of twirling around the dancefloor.

He is replacing Bruno Tonioli who is sitting this series out as he is currently in America.

Strictly Come Dancing returns to screens tonight at 7.45pm on BBC One.