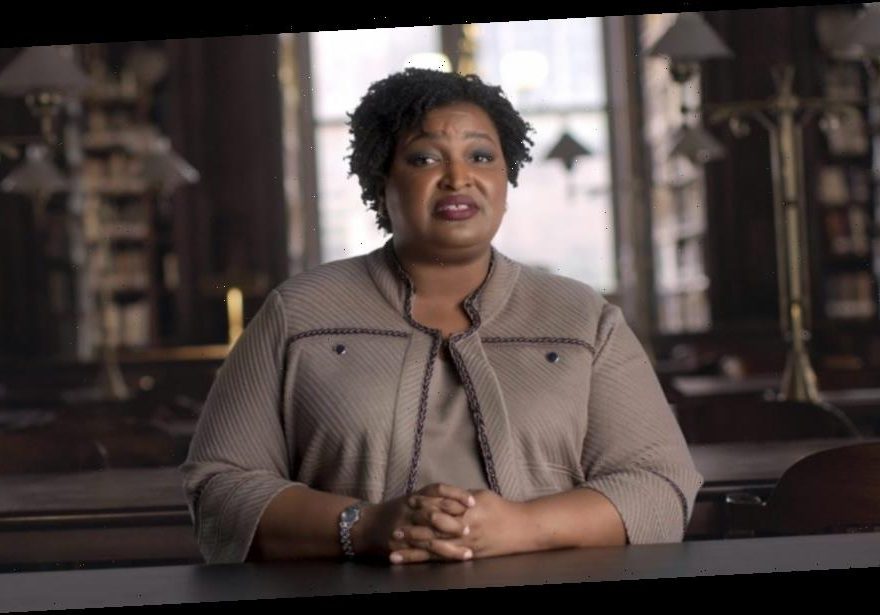 She started off by acknowledging her parents for teaching her and her siblings “to see the challenges in our world as opportunities to act.”

She continued, “They taught me and my five siblings that having nothing was not an excuse for doing nothing. Instead, they showed us by word and deed to use our face as a shield, to protect the defenseless, to use our voices, to call out injustice, and to use our education and our time to solve the problems that others turned away from.”

She also gave a nod “to those who came before, who use their hands, and to often their lives, to create the future. We deserve the giants and the foot soldiers who never let their circumstances stop them from fighting to ensure that this nation lived up to its ideals.”

Abrams is being recognized for her work during the 2020 election as well as her continued efforts to end voter suppression. “I stand beside the organizers and activists who refused to allow the stubborn realities of systemic injustice to stop them from protesting in the streets, at the ballot boxes, and in the halls of power. I share this award with all those who champion progress, equity, and the truth of who we are and who we must become as a nation. One that the fins and expands democracy that protects justice as the current promise, not a future hope. One that delivers equality and equity, knowing that both are required, and that together we are a nation of impact.”

The show included a number of political elements, starting with an opening from President Joe Biden and Vice President Kamala Harris.