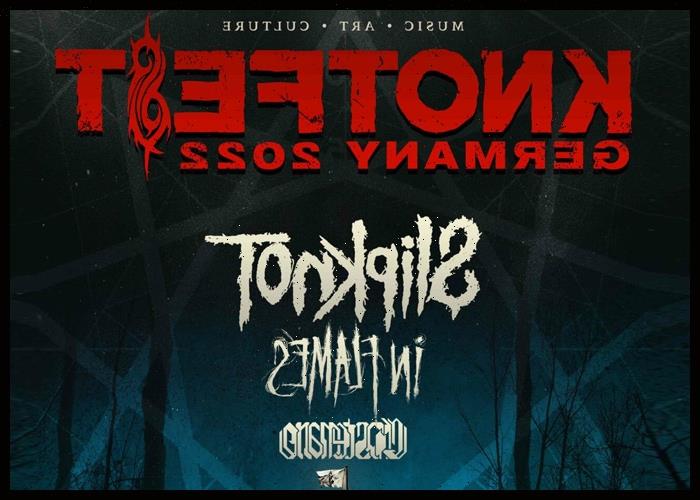 Slipknot, Swedish progressive metal band In Flames and genre-bending phenomenon Ghostemane are among the 10 bands slated to perform at the inaugural Knotfest Germany music festival in 2022.

Slipknot said the names of the remaining artists will be announced in the coming weeks.

To mark the significant milestone of a decade as the “premiere counter culture destination festival,” Slipknot has unveiled an expansion of their Knotfest banner with the announcement of Knotfest Germany.

Knotfest Germany will be held in a layout that includes a spectacular open-air stage in addition to the main stage in the Oberhausen Arena on July 30, 2022.

In addition, the Slipknot Museum will be presented on site, with arts and culture installations adding an interactive element for the 25,000 fans that are expected to convene.

General on-sale of tickets started on Tuesday. Complete information and tickets can be found by visiting the festival website at KnotfestGermany.com