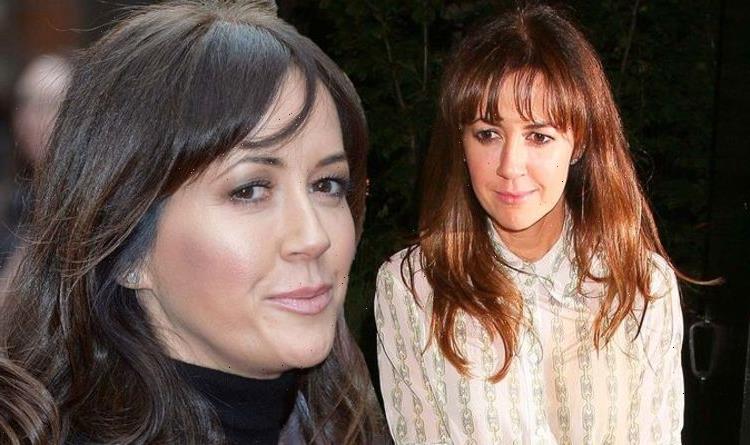 Sheree Murphy, 46, has recounted her journey on I’m A Celeb and the memorable moments she had during the stint. The Emmerdale star took part in the 2005 edition of the adventure programme.

During the show, she bravely faced her deepest fears, but she admitted sometimes it was hard for the contestants’ relatives to watch their loved ones undertake the intricate challenges.

Speaking to Express.co.uk, Sheree explained that to her family, the hardest thing to watch was “one challenge that we did jumping out of the moving helicopter.”

However, she admitted seeing other celebs suffering incidents during the show was also hard for her.

Particularly, when former Neighbours star Kimberley Davies was knocked out when jumping off a helicopter into the water.

Amid the nerves of the tense moment, the crew had a gesture of solidarity with Sheree to try to calm her down.

Sheree said: “And unfortunately, one of the girls, Kimberley Davies – used to be in Neighbours – hit the water so hard she actually knocked herself out.

“So that was a big shock to the crew and everything.

“No one spoke to me, but they just sort of sat me down with a cup of tea, which they said ‘Don’t tell anyone that you’ve had a cup of tea’.

She continued: “And I suppose something really bad happens – God forbid – [your loved ones] are in the dark just as much as you’re in the dark about your family.”

Sheree also opened up about her fear of flying and how it was something she was forced to face in the show.

The actress said her husband, Harry Kewell, urged her to “try” to complete the challenges in order to avoid “getting picked on”.

She even recounted being so scared she wanted to quit and go home.

Sheree explained: “The first thing they did to me was throwing me off a plane.

“And I have the worst anxiety when it comes to flying, even to get to Australia.

“I had to take a Valium tablet, because I’m that nervous.

“That was one of the things that I can remember saying.

“It was just a bit of a schoolboy or schoolgirl error where I said in my meetings with the producers, ‘I don’t like flying’.

“And remember saying, ‘I’m not doing it. I’m not.’ Then I just have all these cameras coming around me like, ‘you’re going to let everyone down’.

“I remember being up in the plane and with this mindset that I’m not doing it.”