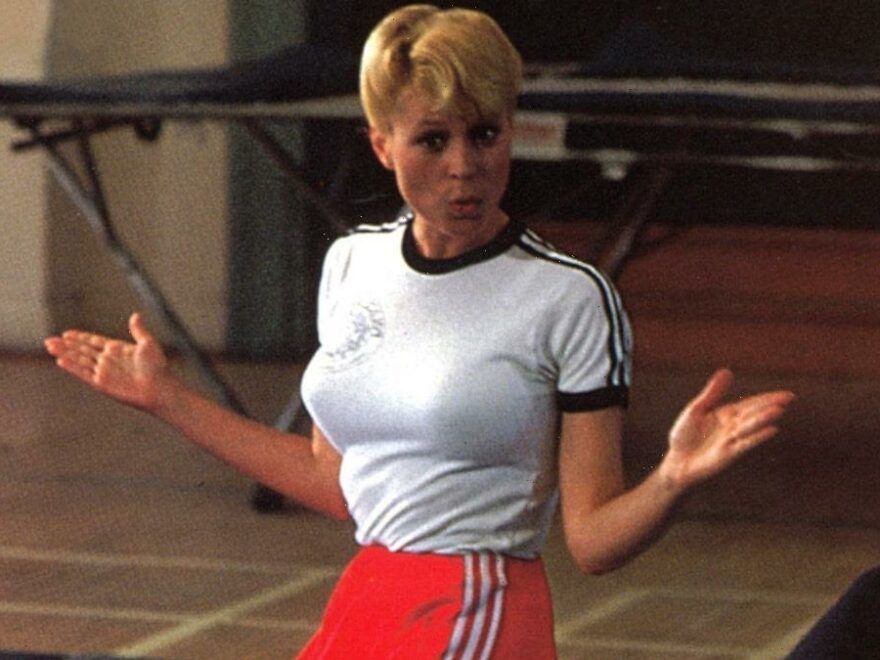 Nebraska native Leslie Easterbrook was in her 30s when she landed the role as the sexy blonde Sergeant Callahan — whose buxom bod is only matched by her serious school attitude towards the incoming cadets — in the classic cop comedy “Police Academy” … and the decade worth of sequels to follow!

The iconic funny films were also home to some other notable actors including Bubba Smith as the hilarious Hightower, David Graf as the gun-totting, Tackleberry … and of course Steve Guttenberg as the troublemaking, Mahoney.

In the ’80s Easterbrook could also be spotted on some big-name TV shows including “Laverne & Shirley” and “Ryan’s Hope.”

Guess what she looks like now in her 70s!