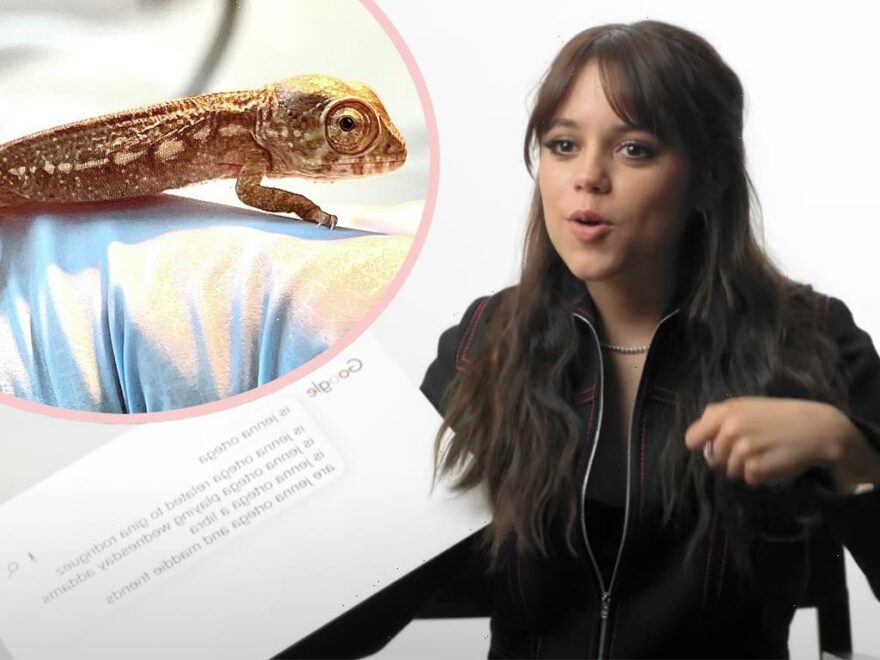 What in the absolute f**k is going on here?!

Let’s get this out of the way: we love Jenna Ortega. She’s been tremendous in everything we’ve seen her in. She was an absolute delight and scene-stealer in the new Scream, a movie full of scene-stealers. And we can’t wait to see what she has in store for us taking over the iconic titular role of Wednesday Addams in the highly anticipated Netflix series Wednesday (which actually premieres today!).

That all said… what she just revealed is pretty jaw-dropping!

If you haven’t seen the Wired Autocomplete Interview, it’s this thing they do on YouTube where celebs answer commonly googled questions about themselves. No one asked if Jenna was into Dexter-level serial killer hobbies, but she answered that one anyway!

The Q was actually, “Are Jenna Ortega and Maddie friends?” — asking about her IRL friendship with The Fallout co-star Maddie Ziegler. She gushed about the Dance Moms alum, saying affectionately:

“I feel like Maddie and I are the same person in different fonts. She’s such a weirdo.”

Struggling for the wording to explain it, she said, totally unbidden:

“And I’m a weirdo in the… like… I used to perform autopsies on little animals when I was younger, like little lizards that I found that were dead in my backyard.”

Sorry, WHUT?!? She finished about Maddie:

“She’s a weirdo in the sense that she breaks out into characters or movements or makes faces.”

Sorry, yes, that is maybe a cute, fun “weirdo” description you might want to share on a YouTube interview. Let’s get back to the part where you said you… used to cut up dead animals? See the full interview, with the animal admission starting about the 1:10 mark:

Well… not exactly. One of the the three indicators in the Macdonald triad, a reference for counselors to see warning signs of potential serial killers, is “being cruel or abusive to animals, especially pets.” If the little animals were already dead, that isn’t necessarily sadistic so much as macabre. And, let’s face it, gross. Also, the research is still pretty spotty as there aren’t actually that many serial killers to study — thankfully!

But still, we’re surprised a rising star growing up in show business in 2022 would admit to something as genuinely disturbing as this. (Unless it’s all for the publicity for Wednesday that is… available now on Netflix…)

What do YOU think of Jenna’s bonkers admission??