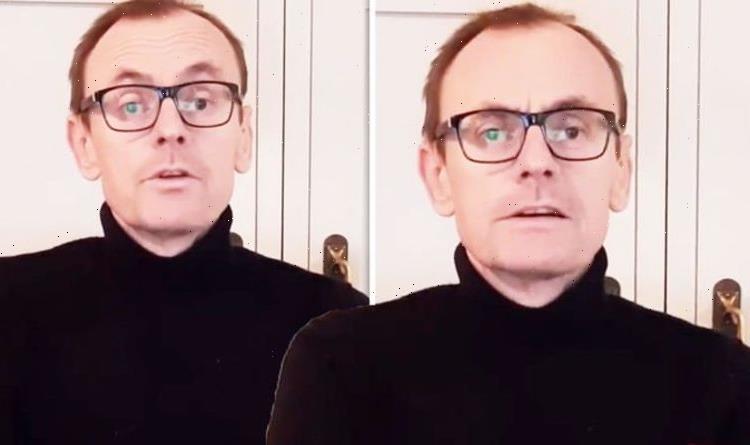 The much-loved comedian Sean Lock, who was a regular on 8 Out of 10 Cats and the spin-off show 8 Out of 10 Cats Does Countdown, died today at the age of 58. The British comic – who previously battled cancer in 1990 – was seen in an Instagram video by Edible London in December.

In the short clip, Sean introduced himself as “that bloke off the telly who’s name you can’t remember”.

Wearing a black turtle-neck jumper, he delivered a candid message urging people to check out their website, as it launched a crowdfunder to combat food poverty in the UK.

The video ended with a caption, saying: “Big love Sean for help making the dream work.”

It comes after a picture of his last public outing emerged where the Channel 4 star was seen walking near his home in London in 2018.

Sean made his final TV appearance in an episode of 8 Out of 10 Cats Does Countdown just six months before his death.

He was seen alongside host Jimmy Carr and Countdown favourites Rachel Riley and Susie Dent.

The news of Sean’s death was confirmed in a statement from his agents, who revealed the star died at home surrounded by his loved ones.

His agent Off The Kerb Productions said: “It is with great sadness that we have to announce the death of Sean Lock.

“He died at home from cancer, surrounded by his family.

“Sean was one of Britain’s finest comedians, his boundless creativity, lightning with and the absurdist brilliance of his work, marked him out as a unique voice in British comedy.

“Sean was also a cherished husband and father to three children. Sean will be sorely missed by all that knew him.

“We kindly request that the privacy of his family and children is respected at this difficult time.”

Born in Woking, Surrey, the comedy star left school in the early 1980s and began work on building sites before developing skin cancer.

Sean explained the cause had been over-exposure to the sun but he made a full recovery and later ventured into a career in comedy.

Many other comics and celebrity pals have flocked to social media to pay tribute to Sean.

Jason Manford shared a text that he sent him just three weeks before he died.

Sharing a screengrab of the message, John wrote on Twitter: “I texted him couple of weeks ago and I’m now so glad I did.

“If you’ve a friend who’ve you not spoken to for a while, drop them a message and check in. It could be the last time. RIP Sean.”

Lee Mack, who was a close friend, paid tribute saying: “I’ve known this day was coming for some time, but it’s no less heartbreaking.

“A true original both in comedy and life. I will miss him so much.”