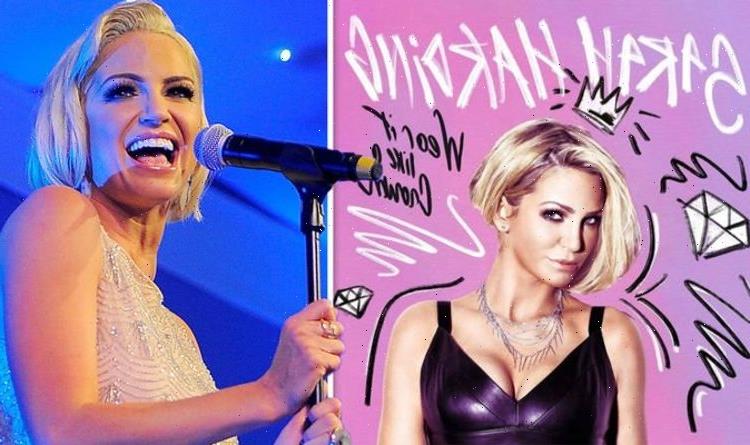 Girls Aloud singer Sarah Harding donated the proceeds to her 10-year-old song, Wear It Like A Crown, to the NHS when the unearthed track reached the coveted number one spot in the charts back in March. In her final act of kindness before her tragic death at the age of 39, Sarah gave the profits from her single to The Christie NHS Foundation, where the she had been receiving treatment after being diagnosed with breast cancer.

Sarah found out she had advanced breast cancer last August and underwent a mastectomy and chemotherapy in the hopes of prolonging her life.

She explained that the Girls Aloud star had died peacefully in her sleep at home today.

Sarah shared the news of her previously unheard song, that was recorded over a decade ago, being released, where she also explained her decision to donate the proceeds from the track.

The star penned in view of her 386,000 followers at the time: “Hi everyone – hope you are all keeping well.

“It’s been so lovely to hear that you guys have been enjoying Hear Me Out, both the book and the song!

“I can’t believe you nutters got the song not only into the charts, but to NUMBER ONE! I love you all so much, you are the best people in the world.”

Explaining why she released Wear It Like A Crown, the singer added: “So, while I was searching through my laptop for old photos to include in the book I actually came across a song I’d recorded about ten years ago.

“I’ve always really loved it, and it made me feel a bit sad that no one ever got to hear it. I mentioned this to my team and they said we could release it, and I thought ‘why the hell not?’

“It’s called Wear It Like A Crown and it’s out on iTunes and streaming… FROM TODAY.

“I’ve literally no idea how this all works anymore, but on the off chance it generates any profit, I’ll give it all to the Christie NHS Foundation @christiecharity where I’m receiving my treatment.

“If you’ve read my book you’ll know just how amazing the Doctors, Nurses and all the staff at The Christie are. They are actual angels.”

Sarah concluded her post by saying: “I hope you all like Wear It Like a Crown, give it a listen through the link in my bio and let me know what you think. Lots of love, S x.”

Sarah later celebrated the track going to number one in a follow-up post, alongside a clip of her vocals.

She wrote alongside the video: “OMG. I can’t believe it. Number one on iTunes.

“I’m a bit overwhelmed, but so so happy. Thank you thank you.”

Sarah’s fans were informed of the sad news of her death this afternoon, by her mum Marie.

Marie penned: “It’s with deep heartbreak that today I’m sharing the news that my beautiful daughter Sarah has sadly passed away.

“Many of you will know of Sarah’s battle with cancer and that she fought so strongly from her diagnosis until her last day.

“She slipped away peacefully this morning. I’d like to thank everyone for their kind support over the past year. It meant the world to Sarah and it gave her great strength and comfort to know she was loved.

“I know she won’t want to be remembered for her fight against this terrible disease – she was a bright shining star and I hope that’s how she can be remembered instead.- Marie x”.