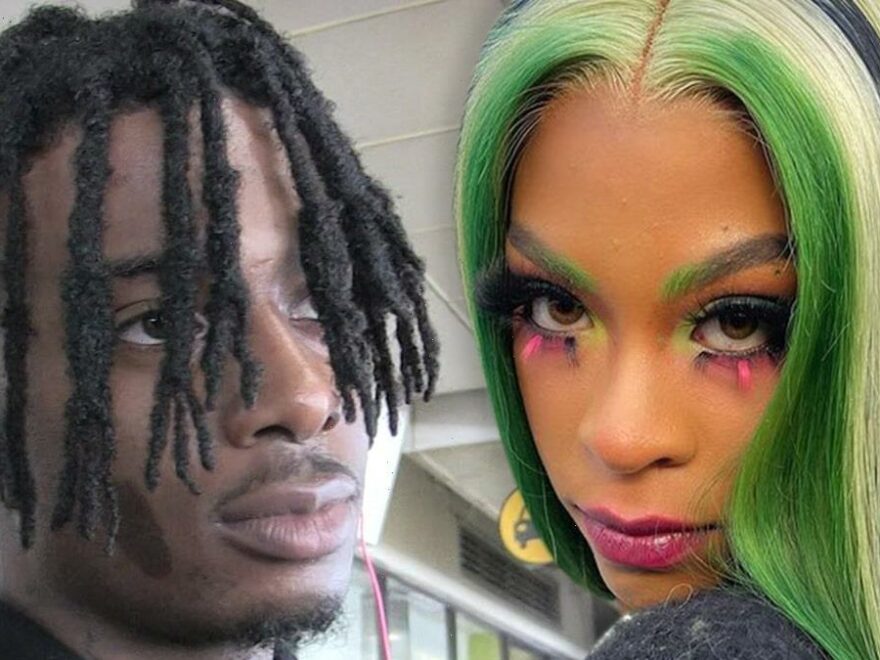 Rico Nasty is going through a very tough time on tour with Playboi Carti — and it seems his fans have forced her to contemplate ending her life … which is sounding an alarm.

The rapper posted some troubling messages over the weekend, giving insight into her mindset in the middle of this Narcissist Tour … and it looks bleak. 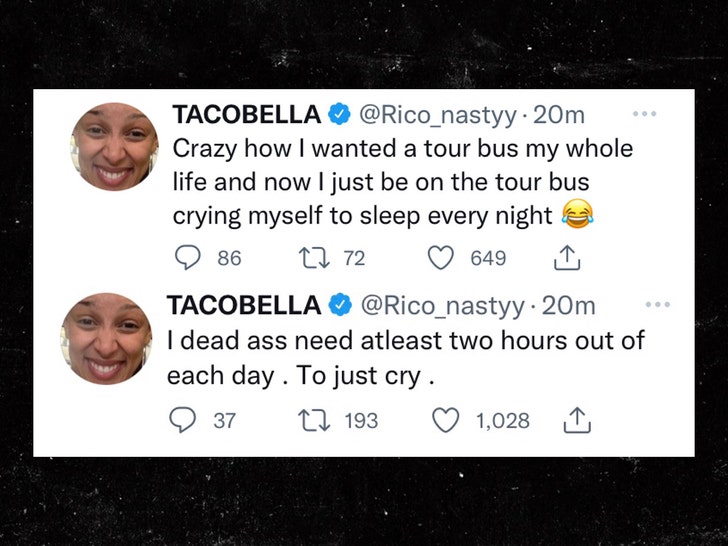 One tweet reads, “Crazy how I wanted a tour bus my whole life and now I just be on the tour bus crying myself to sleep every night.” She adds, “I dead ass need at least two hours out of each day. To just cry.”

Further tweets were even more upsetting … she wrote, “Y’all win,” following up with, “I wish I was dead just as much as y’all do trust me.” 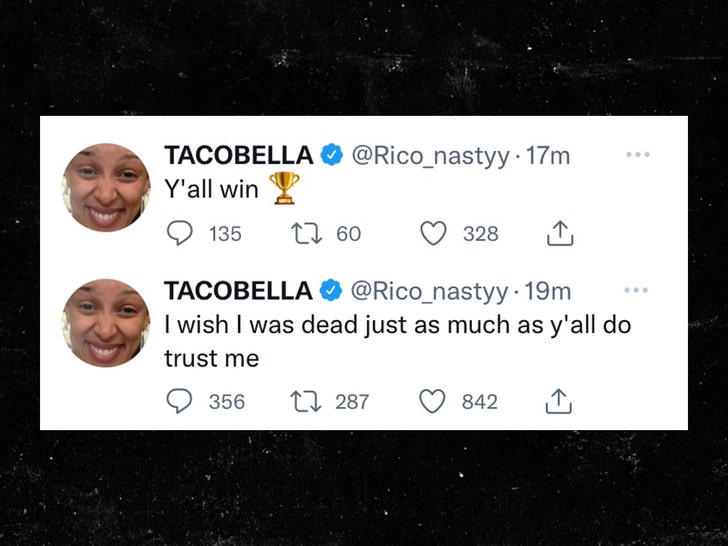 She has since deleted these, but fans captured them and were clearly disturbed and worried about her mental health … which appears to be in bad shape at the moment. Of course, folks who’ve been following Rico’s journey of late know she’s been dealing with a lot of BS.

We’re referring to at least two separate incidents over the past month and change while she’s been on the road with Carti, acting as his opener … both of which were pretty ugly.

In one instance earlier this month, Rico was loudly booed during a stop in L.A. as she tried to take the stage before Carti … and things got combative quickly. She was cursing at the concertgoers, trying to perform, but they just weren’t receptive to her at all.

About a week or so later in Portland … somebody actually threw a water bottle at her while she was rapping, and it led to a would-be rushing of the fans.

Many are calling on Carti to publicly disavow his fans who may be perpetuating this toxic environment — arguing it’d go a long way from him. However, so far … he’s been silent.

Unclear what he might or might not be doing behind the scenes, but it’s clearly not enough.