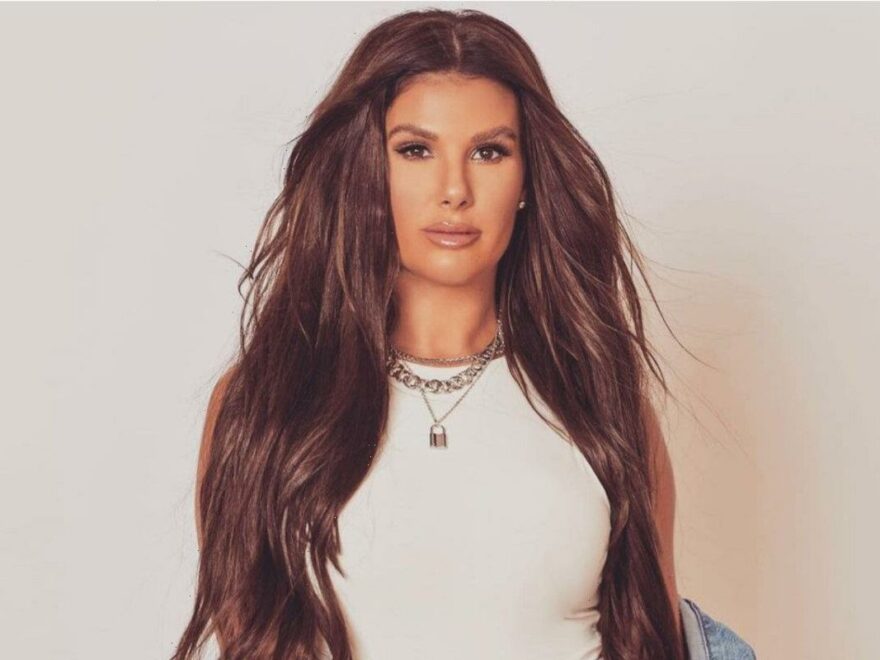 The 40-year-old media personality broke down, saying that she felt ‘let down by a lot of people and a lot of things but, most importantly, I feel let down by the legal system.’

AceShowbiz –Rebekah Vardy feels “let down by the legal system”. The 40-year-old mother-of-five previously sued Coleen Rooney for libel after she accused her of leaking “false stories” to the media in an explosive social media post, but after a judge ruled against Rebekah last week, the former “I’m a Celebrity…Get Me Out of Here!” contestant, who is married to CLeicester City striker Jamie Vardy, has admitted she was disappointed.

Rebekah also repeated her stance that she was not to blame for the leaks about Coleen and her husband Wayne Rooney‘s personal life. She said, “I’ll say this until I’m blue in the face, I did not do it.”

36-year-old Coleen had publicly claimed that “Rebekah Vardy’s account” was the source behind three fake stories she had posted on her private Instagram page, of which Rebekah was an approved follower, and was dubbed “Wagatha Christie” for her social media probing, a reference to the term “WAGS” which is an acronym used to refer to wives and girlfriends of high-profile sportsmen.

In the High Court verdict on Friday, July 29, judge Mrs Justice Steyn ruled that it was “likely” that Rebekah’s then-agent Caroline Watt “undertook the direct act” of passing information on but that her client was aware.

The judge said, “Nonetheless, the evidence clearly shows, in my view, that Mrs Vardy knew of and condoned this behaviour, actively engaging in it by directing Ms Watt to the private Instagram account, sending her screenshots of Mrs Rooney’s posts, drawing attention to items of potential interest to the press, and answering additional queries raised by the press via Ms Watt.”

“In my judgment, the conclusions that I have reached as to the extent to which the claimant engaged in disclosing to The Sun information to which she only had access as a permitted follower of an Instagram account which she knew, and Mrs Rooney repeatedly asserted, was private, suffice to show the single meaning is substantially true.”