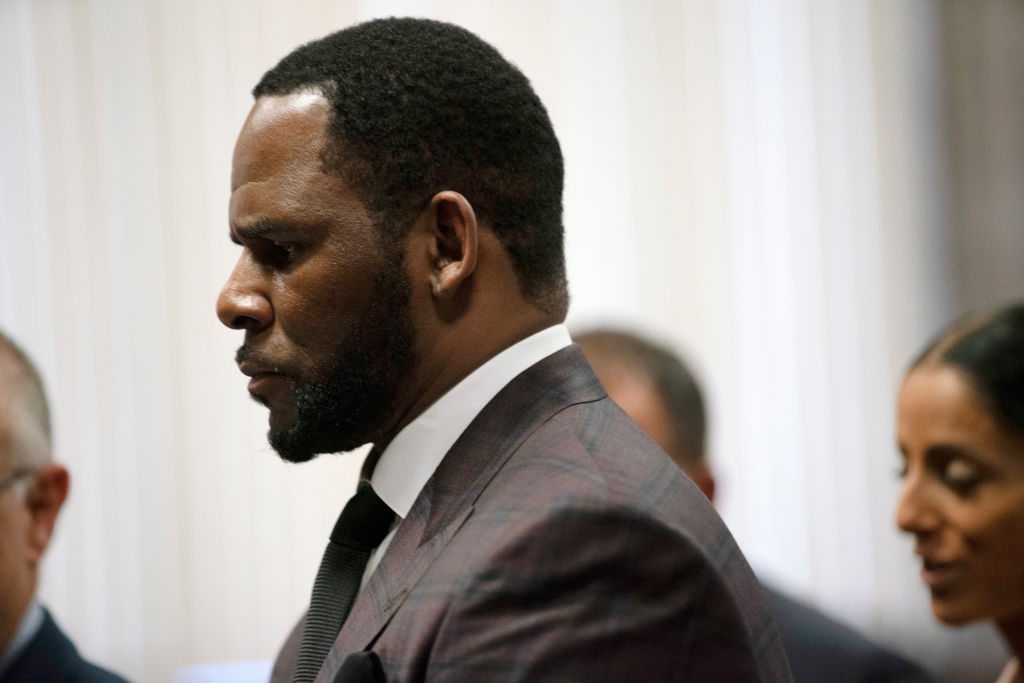 The 54-year-old’s federal trial for racketeering and sex trafficking charges has begun in Brooklyn, New York, with Kelly denying the charges.

While the prosecution plans on presenting evidence that Kelly allegedly abused 22 victims, the charges laid out in the indictment centre around six alleged victims.

The first witness, a 29-year-old woman, testified on Wednesday, and told the jury that the Ignition singer knew she was underage in 2009 when they had sexual intercourse in Chicago, where the age of consent is 17.

The witness testified that she met Kelly when she was 14 years old when she attended every day of his 2008 trial for child pornography charges, of which he was found not guilty due to lack of sufficient evidence.

She alleged that when she was 16, she met up with Kelly, who remembered her from court, at a party, and told the star that she was 19.

The singer allegedly invited her to his mansion a few days later, where he told her to put on her swimsuit.

The witness alleges that Kelly told her to walk back and forth while removing her swimsuit, before they began kissing and Kelly performed oral sex on her.

She said that at this point she ‘felt uncomfortable’ lying about her age, and revealed her real age, showing him her state ID as proof.

She alleged Kelly asked: ‘What is that supposed to mean?’ and told her to keep saying she was 19 and ‘act 21.’

The witness then allegedly performed oral sex on Kelly, and he told her he ‘was going to train me on how to please him sexually.’

They then allegedly had sexual intercourse, and Kelly ‘took [her] virginity,’ which he liked.

The witness alleged that she continued to have sex with the star over the next few months, with Kelly filming some of their encounters, and claims she was made to follow a strict set of rules, including not being allowed to wear baggy clothes, having her call him ‘Daddy,’ and forbidding her from eating food or using the bathroom without his permission.

She told the court that the last night she spent in Kelly’s house was in 2010, when the singer allegedly ‘slapped me and choked me until I passed out’ when she didn’t immediately acknowledge his presence when he entered the room.

The witness alleged that Kelly spat in her face and told her to ‘put my head down in shame’, before making her perform oral sex on him and ejaculating on her face.

She claims she wiped Kelly’s spit and semen on the T-shirt she was wearing — the same T-shirt that was then presented in court Wednesday as evidence.

In her opening statement, Assistant US Attorney Maria Cruz Melendez called Kelly a ‘predator’ who ‘used his fame, power, and a network of people’ as well as ‘lies, manipulation, threats, and physical abuse’ to control his alleged victims, a number of whom were aspiring singers or fans who met him at his own concerts.

She said: ‘The defendant quickly learned he could take advantage of this access — and he did.’

One of Kelly’s attorneys, Nicole Blank Becker, called the allegations against her client a ‘mess of lies’ that ‘will crumble’ under cross-examination.

In her opening statement, she encouraged the jury to be suspicious of the alleged victims, saying they ‘have an agenda’ and claiming many ‘became angry, resentful, and even spiteful’ when their ‘relationships’ ended.