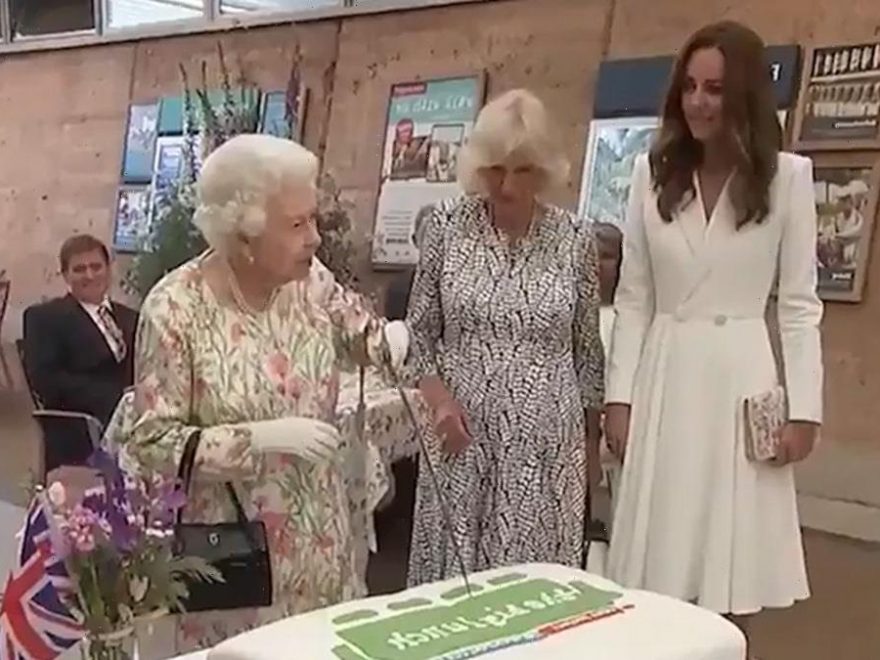 Queen Elizabeth II isn’t blind … something she reminded an aide of when they tried giving her another option for cake-cutting … other than the 3-foot sword she ended up using.

Her Majesty celebrated her “official” birthday Saturday — which is actually different than her real DOB, April 21 — and amid all the festivities was Liz cutting a ceremonial slice of a cake that had been trotted out to her at the Eden Project in Cornwall … where she was on hand for G7 duties, among other world leaders — including Joe Biden, Boris Johnson and others.

Jill Biden was actually there too, as was Kate Middleton … who watched QE2 attempt to cut her bday cake with a super long blade which we guess is … tradition??? Who the hell knows — point is, the Queen seemed dead-set on getting it done, despite her vocal hesitations.

At one point, someone on her staff made a quick note as HRH seemed to struggle a bit with the awkward feat — noting there was a knife there too, if that was easier for her.

Watch what happens … Elizabeth shot the aide a WTF look, and told her straight … “I know there is.” Her quick wit and sharp tongue got a huge chuckle from everyone around her. No harm, no foul obviously — but we must say … her putting the aide in her place is hilarious.

BTW, the jokes from the Queen didn’t end there … she got even more laughs that same day when she was posing on stage with the shot-callers of the free world — openly asking if they were just supposed to sit there and seem like they were enjoying themselves. Great delivery!

Oh, and we should also mention … QE2 got a proper celebration at Windsor to kick off her weekend — with a giant procession that was full of pomp and circumstance … and rightly so. She’s a ripe 95 years old now — and still going strong even at this age.

So yes, trot out the horses, flags and airshow theatrics … give it up for the Queen, dammit!