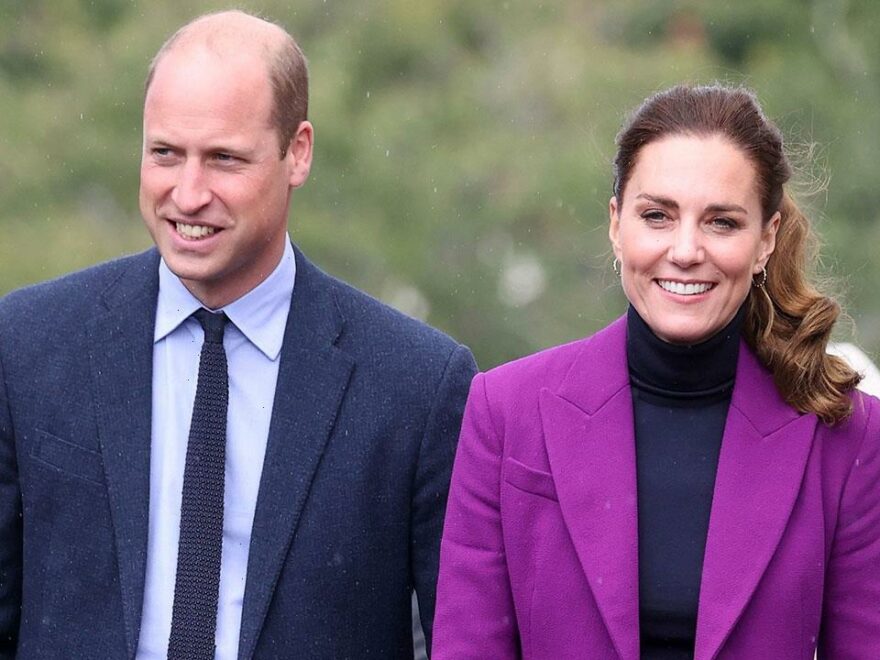 The Duke and Duchess of Cambridge revealed they’ve welcomed a number of new family pets as they visited Northern Ireland on Wednesday.

Prince William and Kate toured Ulster University’s Magee Campus in Derry-Londonderry, stopping by its petting zoo, KidzFarm, which regularly comes to the campus to help students deal with mental health and anxiety issues.

Kate told one handler: “We’ve had lots of animals during lockdown. During lockdown, animals are often like therapy.”

William added that the family had acquired “lots of chickens”.

While the Cambridges mostly reside at their London residence, Apartment 1A at Kensington Palace, during lockdown they stayed at their country abode, Anmer Hall, in Norfolk.

Kate’s brother James Middleton gifted the family a black cocker spaniel puppy in 2020, whose name is yet to be confirmed. The Duke and Duchess sadly announced that their other beloved dog, Lupo, passed away at the age of nine last November.

Kate held a tarantula called Charlotte at the petting zoo

The Cambridges aren’t the only ones with unusual pets. The Duke and Duchess of Sussex also revealed during their interview with Oprah Winfrey in March 2020 that they keep rescue chickens.

Meghan and Prince Harry gave the US chat show host a tour of their garden at their Montecito home, showing a wooden pen named ‘Archie’s Chick Inn’ in honour of the couple’s son.

The Duchess affirmed that she “loves rescuing”, while the best thing about their new house is being able to live “authentically” and getting back down to “basics”.

And the Earl of Wessex made a surprising revelation about his family home during a video call in 2020.

Prince Edward was asked by students how he, his wife Sophie and their two children had been coping with the lockdown and whether they had any pets.

It’s known that the Wessexes are dog owners, but the Queen‘s youngest son revealed they also had a more unusual pet, saying: “We do! We have two dogs and we’ve also got a tortoise – who basically runs the house!”