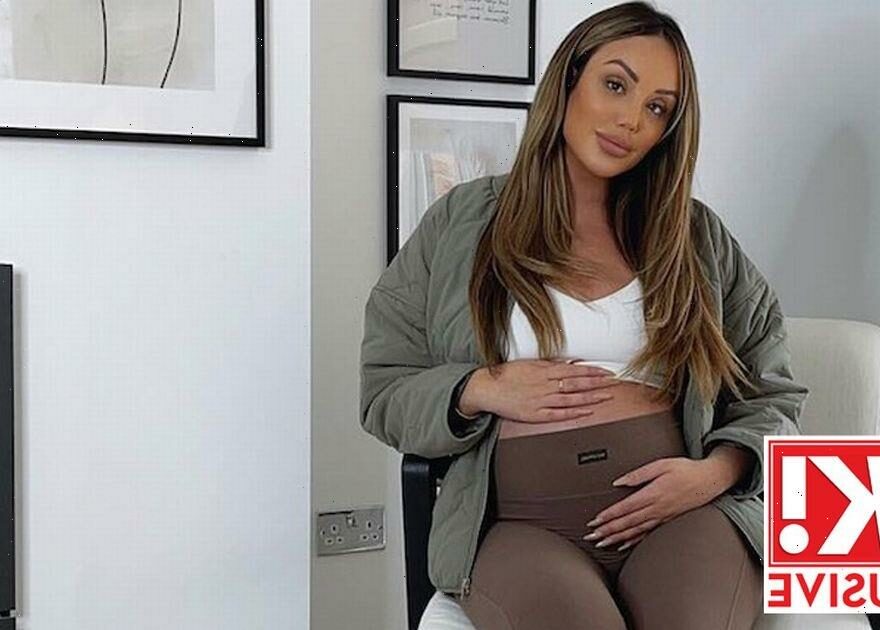 Charlotte Crosby is nothing if not honest. And while the former Geordie Shore star is over the moon to be expecting her first child, she’s made no secret of the fact that she’s very much over being pregnant.

Last week the star – who is expecting a baby girl – complained to her followers that she was getting up in the night “64 times to wee” and “12 times to swap sides because of hip pain”.

Charlotte, 32, also said she’s suffering from vagina pain and explained how she’d nearly choked in her sleep due to an “intense heartburny sick” that had caused her to “wake up in fear”. A source close to the star confirmed she’s not having a great time, telling us: “There’s just a few weeks until Charlotte’s due date and she’s starting to really feel it – she finds it so hard to get comfortable and is really struggling with heartburn.”

Charlotte showed fans she wasn’t in the best of moods last week on TikTok when she posted: “Pregnancy bump update. I am now ‘Get this f***ing baby out of me’ weeks pregnant. My main symptom is bitch.”

But despite all her gripes, Charlotte also hasn’t had that much time to think about the baby as she’s been so focused on her mum, Letitia, 53, who was diagnosed with breast cancer just weeks after Char discovered she was pregnant. Our source said: “The second half of her pregnancy has flown by as she’s been so preoccupied by taking care of her mum – a lot of the time she’s forgotten she’s pregnant. Now it’s all starting to become real and friends are urging her to take some time for herself as life will get more chaotic once the baby arrives.”

It comes after Charlotte opened up to OK! about suffering with a “scary” bout of prenatal depression, saying she felt so low she couldn’t get out of bed.

Charlotte praised her boyfriend Jake Ankers, 32, for supporting her through the depression, which hit nine weeks in, after struggling to find help about the condition. In an exclusive interview, Charlotte said: “I was really down and I’d never felt that way before. It was like I had a constant dark cloud hanging over my head.

“I had no enthusiasm to get out of bed some days – I couldn’t even speak to my boyfriend.

“I couldn’t understand why I felt so down when I should have been so happy. It was scary because I couldn’t find anybody who had ever spoken about it, and I didn’t know who to reach out to to get advice from, so I was just on all these forums trying to get a reply from all these random people, but nobody ever replied.

"Still, I saw that it was common. Your body is going through all these changes, and your hormones are all over the place.”