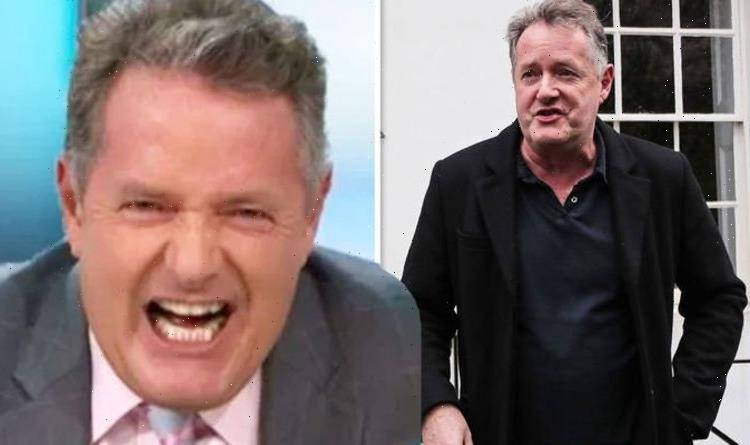 Piers Morgan has put out an open call for people to apply for his new show but there is one catch. The former Good Morning Britain presenter has urged “woke” individuals to forget sending in their applications.

The 56-year-old was quizzed on his definition of “woke” after putting an advertisement out on his Twitter account today.

Sharing the vacancies in view of his eight million followers, Piers wrote: “We’re hiring for my new show & an exciting new TV network.

“We only want the very best – so no annoying woke snowflakes need apply, thanks.”

The Life Stories host took the opportunity to respond, as he retweeted the message.

Piers claimed that the word “woke” had been “hijacked” by those who believe in cancel culture.

The journalist suggested that his new show will take on the “society-wrecking wastrels”.

Piers replied: “I’m ‘woke’ using the original interpretation of being awake to social and racial injustice.

“Sadly, the word has now been hijacked by illiberal fascists to mean the shaming & cancellation of anyone & anything they don’t like.”

He added: “My show will take on these society-wrecking wastrels.”

The Oxford English Dictionary defines the term woke as “originally well-informed, the up-to-date version is alert to racial or social discrimination and injustice”.

News UK is hiring for 10 roles including an executive producer, series editor, producers, a writer, a video editor, and a booker.

Piers quit GMB back in March this year after facing controversy over comments he made about Meghan Markle.

Months later, the presenter confirmed that he will be returning to viewers’ screens with a primetime show on TalkTV.

In the global deal, Piers will launch a new TV show in early 2022, to air on weeknights in the UK, US and Australia, and present a series of True Crime documentaries.

Announcing the news, Piers said in a statement: “I’m thrilled to be returning to News Corp. which is where I began my media career more than 30 years ago.

“Rupert Murdoch has been a constant and fearless champion of free speech and we are going to be building something new and very exciting together.”

He added: “I want my global show to be a fearless forum for lively debate and agenda-setting interviews, and a place that celebrates the right of everyone to have an opinion, and for those opinions to be vigorously examined and challenged.

“I’m going home and we’re going to have some fun.”