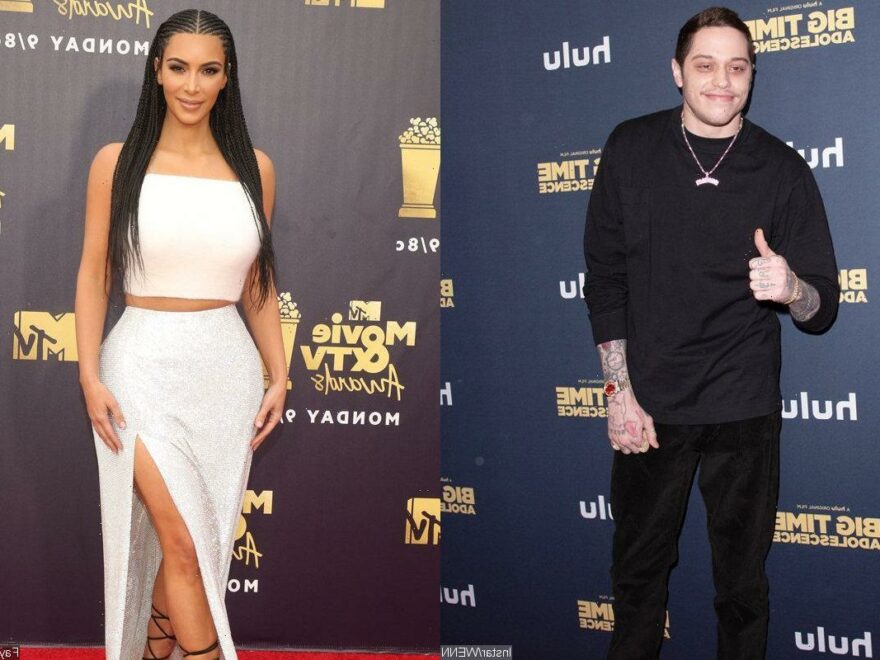 After being rumored in a relationship with the ‘Keeping Up with the Kardashians’ alum, the ‘Saturday Night Live’ cast member unveils factors that will make him end his date ‘immediately’ in a new interview.

AceShowbiz –Pete Davidson has opened up about red flags that he looks out for while dating a woman. In a new interview, “The King of Staten Island” actor revealed his relationship deal breakers amid rumors he’s dating Kim Kardashian.

During an appearance on iHeartMedia’s “River Cafe Table 4” podcast on Tuesday, November 16, the 28-year-old comedian admitted that he likes to take women out to restaurants or to the movies. “Yeah, it’s also just like if you go to a great restaurant and even if I’m a s**t date, it’s like, at least the food was great,” he joked.

“So like, she could go home and be like, ‘Well, … you paid and I ate.’ But yeah, I always found it to be that or a movie is so easy because a movie, you don’t even have to talk,” Pete continued. The “Saturday Night Live” cast member added, “You could just be like, ‘Whoa, explosion. Did you see that explosion?’ They’d be like, ‘Yeah!’ You know? Or you could just laugh at the same thing and you could just look at each other for a second.”

Though Pete confessed that he hasn’t mastered how to be a perfect date, he’s also looking out for red flags. The comedian said he would end a date “immediately” if his lady companion was rude to a waiter. “In my head, I would be like ‘Okay never [again]. This is it,’ ” he said. “I don’t like the ‘excuse me.’ It’s like, just wait for the guy to walk by.”

His explanation came after Pete and Kim were rumored to be an item following the “Keeping Up with the Kardashians” alum’s “SNL” hosting debut. In a skit of the NBC show, she shared a lingering kiss with the comedian. A few days later, they were caught holding hands on a rollercoaster ride during a trip to Knott’s Scary Farm in Buena Park, California.

Amid their rumored relationship, a source spilled to Us Weekly that Pete “makes her feel good and she’s excited to see what happens. Everything flows well [when they’re together].” A separate source informed HollywoodLife.com that “Kim has not stopped talking to her sisters about Pete since ‘SNL’.”

The informant added, “They text all day everyday and she shares these texts with her sisters. She is very much into him and this is not a fling it seems.” Another source told the publication that Kim, who recently enjoyed a dinner date with Pete in Manhattan, is “very attracted” to him.

It’s said that his “sense of humor” is one of the reasons that made Kim attracted. “Kim never saw this one coming but she’s very attracted to Pete,” the insider shared. “I think most women can admit that a great sense of humor in a guy can be very attractive. It has a certain allure that women are drawn to. And Pete just has that quality about him.”