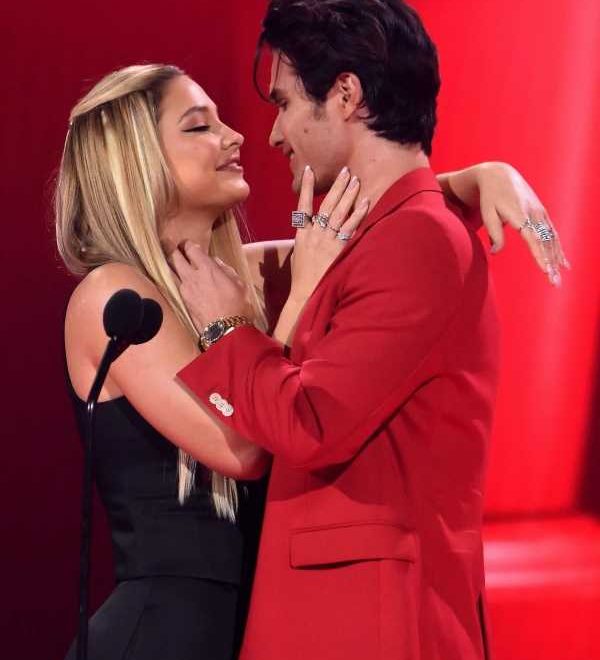 Since Outer Banks hit Netflix last year, the teen drama has become known for its steamy, action-packed twists and turns. But while fans wait for Season 2, they’ll be happy to know that John B and Sarah have just as much chemistry IRL. Just look at Outer Banks stars Chase Stokes and Madelyn Cline’s juicy kiss at the 2021 MTV Movie & TV Awards, and you’ll see what I mean.

The duo, who appeared in-person at the May 16 awards show, won the award for Best Kiss, beating out other buzzy couples from shows like Bridgerton and Never Have I Ever. Addison Rae and her He’s All That costar Tanner Buchanan set the mood perfectly, and kissed before handing the Golden Popcorn trophy off to Stokes and Cline.

After thanking everyone who helped Outer Banks come to life, Stokes admitted, "I’m kinda panicking right now." Luckily, Cline knew the perfect way to calm him down. "Shut up," she replied, before pulling him in for a passionate kiss. If literally any viewers had doubts about whether or not they should win Best Kiss, the pair’s celebratory smooch is more than enough to prove them wrong once and for all.