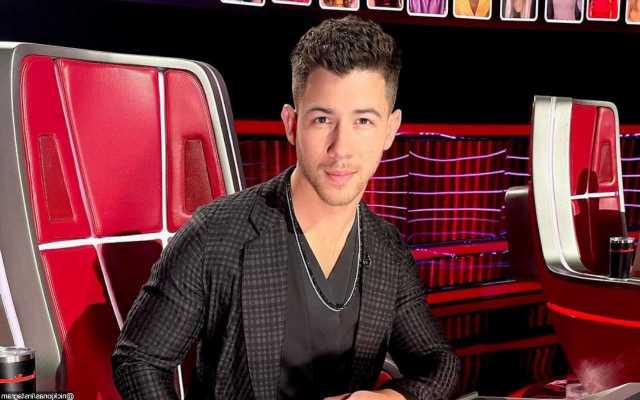 A woman named Margo Trumpower cannot hide her excitement after she takes a selfie with the 28-year-old crooner and his two siblings, Joe Jonas and Kevin Jonas, from their car.

AceShowbiz –Nick Jonas has made one lucky fan’s day extra special. After noticing a woman named Margo Trumpower walking her dog in a Jonas Brothers T-shirt, the “Spaceman” singer greeted her and complimented her outfit.

In a video shared on Instagram on Sunday, June 27, the 28-year-old could be seen surprising Margo from his car and raved, “Hey, nice shirt!” His greeting then left the woman nearly speechless before she sheepishly asked for a selfie.

“Can I…?” Margo asked politely while looking for her cell phone. The husband of Priyanka Chopra then enthusiastically responded, “Yes, whatever you want. You want to take a selfie from there?”

The picture was later shared by Margo on her own Instagram account. The snap saw her smiling ear-to-ear while Nick and his brother Joe Jonas posing from inside of their car. Kevin Jonas, meanwhile, showed off his peace out fingers while he sat next to Joe in the backseat. In the accompaniment of the post, Margo exclaimed, “The Jonas Brothers told me they like my shirt oh my f**king god.”

When speaking to Cleveland.com, Margo revealed that she got the T-shirt 15 years ago. “I wear that shirt all the time,” she said. “I literally just went on a walk. I didn’t have my makeup on, my hair wasn’t done. If I saw them at a show or if I’m in L.A. and I bump into them again, they wouldn’t even recognize me.”

“Seeing the Jonas Brothers and being caught off-guard like that was a whole new world to me… It was crazy,” she further gushed. “It’s so crazy to me. Not only was it Nick that posted it, and not me, but he has a video and a photo, and Joe was recording as well. It’s so weird to me that they have me and Sonny in their phones, in their camera roll right now.”