It’s no accident that Nick Cannon is a dad of 7. The TV personality finally addressed his growing family in a new interview — here’s what he had to say.

Nick Cannon, 40, being a dad to seven kids is no mistake. The Masked Singer judge — who has welcomed four children with three different women within the past six months — spoke about his booming family on Nick Cannon Radio on July 7. When Nick asked hip hop duo City Girls for life advice, JT jokingly told Nick he should “wrap it up” and “protect yourself,” meaning he should basically just stop having kids. But Nick claimed that his children’s births were all intentional on his end. “I’m having kids on purpose,” he responded, adding, “I don’t have no accident.”

JT went on to tell Nick that he should “be the best you” as part of her advice, which led Nick to elaborate on his unconventional path to becoming a father of seven. “Trust me, there’s a lot of people I could’ve gotten pregnant that I didn’t,” he said. “The ones that got pregnant are the ones that were supposed to get pregnant.” Young Miami, meanwhile, simply said “YOLO” about Nick’s situation — a sentiment that the former America’s Got Talent judge agreed with. “There it is, you only live once. That’s true. I always say you only get one trip around the ride,” Nick said.

Nick’s youngest child, son Zen, was born on June 23. Zen’s mom is model Alyssa Scott, who confirmed her baby boy’s arrival on Instagram. A week prior, on June 17, Nick welcomed twin boys with Abby De La Rosa. Nick is a dad to four more kids: a daughter, born in December 2020, and a son, Golden 4, with ex Brittany Bell; and twins Monroe and Moroccan, 10, with ex-wife Mariah Carey, 51. 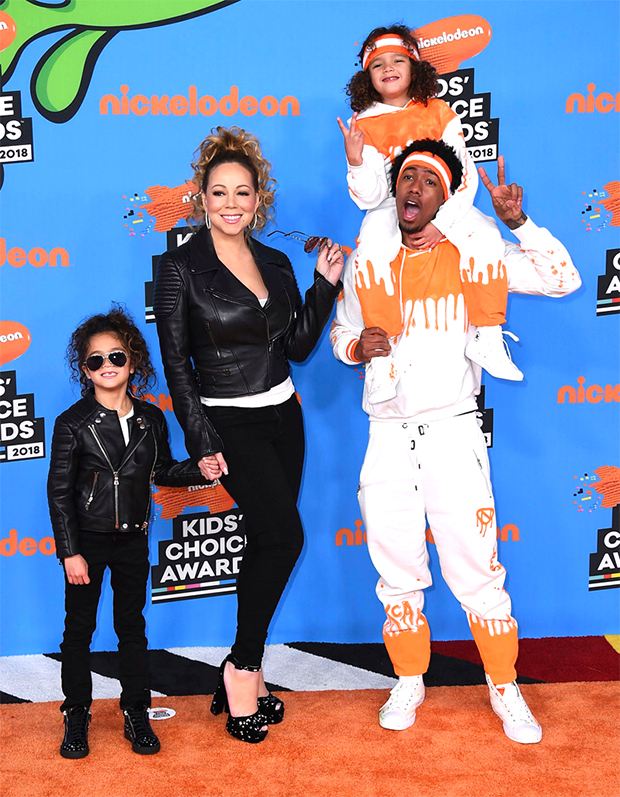 It’s unclear who Nick is currently in a relationship with, if anybody, though most signs point to Alyssa being his girlfriend. He was recently dating model Lanisha Cole, although they have since split (she also denied rumors that she was pregnant as well on May 22). Before all the pregnancy rumors, Nick admitted that he’s not “cut out for the relationship aspect” of romance, and said that men “don’t subscribe to monogamy because they feel like it’s not natural in their makeup, in their DNA” during his Power 106 show Nick Cannon Mornings in July of 2020. Instead, Nick said that men feel like they’re supposed to be “fruitful and multiply.”