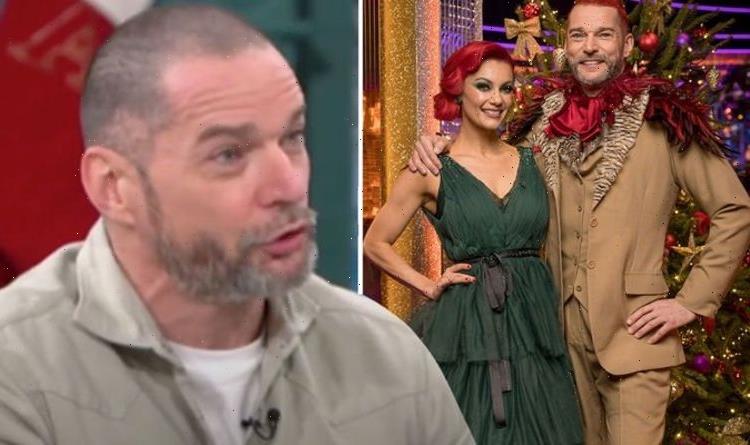 First Dates star Fred Sirieix said the gruelling rehearsals for Strictly Come Dancing took a toll on his body and left him vomiting and bleeding. Viewers will see the 49-year-old perform a Quickstep to Merry Christmas Everyone with Dianne Buswell, 32, on Christmas Day.

Speaking on This Morning today, he stunned hosts Alison Hammond and Dermot O’Leary as he revealed just how much rehearsals affected him.

He spilled: “We trained for more than four hours, I was bleeding, my feet were bleeding.

“I went back home and I was vomiting everywhere.

“My body couldn’t take it. I lost three kilos in three weeks of training.”

The First Dates star said he had only just got back to his original weight ahead of Christmas.

After Alison claimed he looked like he knew how to dance, Fred went on to say this wasn’t the case.

He added: “I got so scared because I can’t dance, I can’t.

“I was so scared and the other thing is confidence.

“Am I going to be able to be confident and pull it off on the day?”

Fred went on to say he feared he’d “freeze” on the day and make “silly mistakes”.

To match with his partner Dianne, he dyed his hair red for the occasion.

Following a session in the studio, he wrote: “Late night session with @diannebuswell.

As part of a Q&A on her Instagram in view of her 866,000 followers, one asked if the rumour was true.

Dianne replied: “I mean, not that I know off.”(sic)

The red-haired beauty danced with Robert Webb this year before he pulled out due to health reasons.