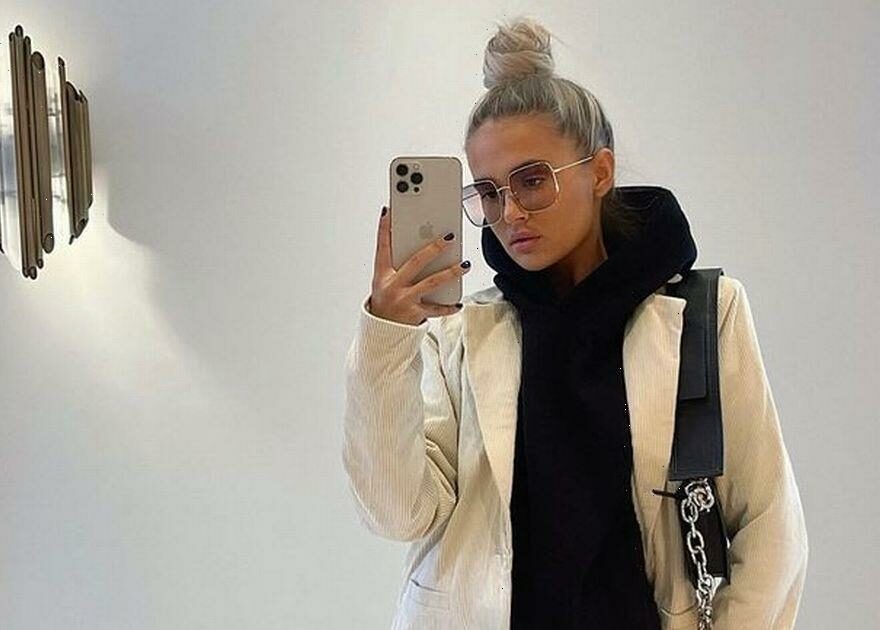 Molly-Mae Hague is happier than ever since moving into her new £4million mansion alongside her boyfriend Tommy Fury.

But not every aspect of their dream home has run smoothly, as the Love Island star, 22, revealed on Tuesday.

Molly, who has already dealt with a leaking shower that caused water to cascade through the ceiling, suffered another soggy issue when a rainstorm left her carpets sodden.

Luckily this one didn't need complicated plumbing to fix – instead the Pretty Little Thing creative director has simply left a window open.

Posting to her social media, the influencer showed her sodden carpets with two bags of make-up alongside that luckily, seem to have escaped the flooding.

Posting the upside down face emoji along with thunder clouds, the influencer wrote: "must remember to shut windows in the future".

Molly-Mae and Tommy, 23, have carried out lots of renovations on the property including installing a dressing room and extending rooms.

But it didn't take long for the couple to share a few hiccups.

Taking to Instagram, she moaned: "Honestly, I just heard a load of dripping noises and walked into our formal living room area – the ceiling's coming down. The roof is saturated.

However Molly-Mae did add that the issues had begun because they were "ripping rooms out" with pipes and water systems all being moved and messed about with.

They also had problems with a leaky shower and Molly-Mae did admit there had been a fair few teething problems.

The fancy pad came with all the bells and whistles for the young couple with Molly-Mae even purchasing a mirror worth £10k.

The purchase seems to be one of Molly-Mae's favourites as she shared with fans: "Are you really…finally…mine? Some of you will know the story behind this mirror… this is not the first time I have purchased it!

"Unfortunately this dream mirror of mine never fitted through any of the stairwells/doors of the previous places we lived in and for ages I refused to return it in the hopes we'd find our new house imminently (too optimistic and the mirror was returned!)…finally after repurchasing, it sits today in our new home, I smile every time I stare at it."

Tommy joked recently that he wouldn't be proposing to Molly-Mae until she "stops asking him 100 times a day".

The pair filmed themselves having a chat on the way to Molly-Mae's sister Zoe's engagement.

As they discussed it, Molly asked when Tommy would propose to which he responded: ""What do you want me to say? If I say it, it’s not going to be a surprise is it, and with Molly, she keeps on asking me 100 times a day.

For your latest showbiz news, sign up to OK!'s daily newsletter here