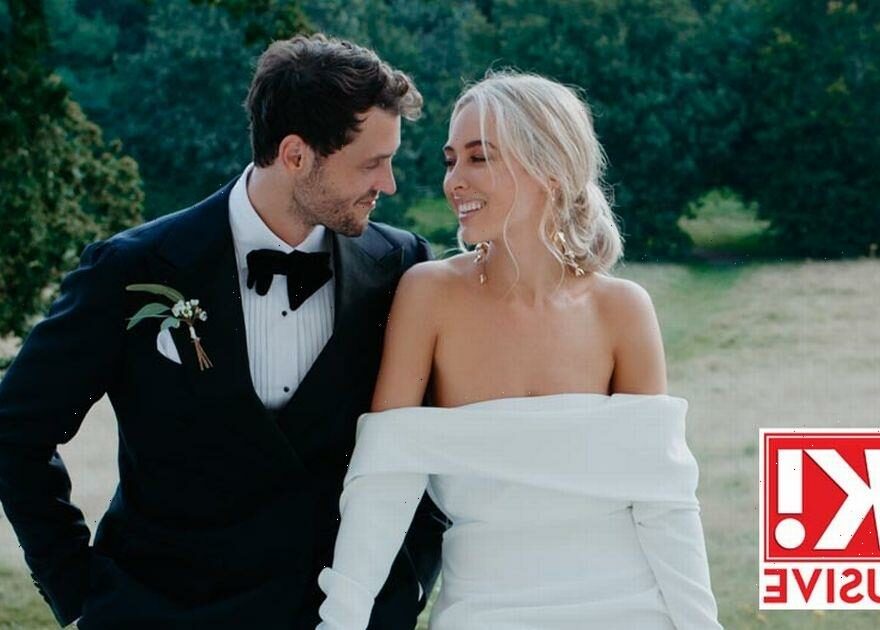 Made In Chelsea’s Nicola Hughes has revealed she was “hysterical” when her now-husband Charlie Tupper popped the question as she reflected on his romantic proposal.

Business owner Charlie got down one knee whilst the pair were holidaying in Ibiza last September and Nicola has now exclusively told OK! of the moment: “I was so emotional. I was hysterical!”

Opening up about how he felt when he proposed, Charlie told us he had to try hard to throw Nicola off the scent of what he was about to do.

He explained: “It was a tricky one, I really didn’t want Nicola to know I was going to propose so I had to try pretty hard to throw her off the scent. We had been discussing it a little bit prior to that so I did need to.”

Nicola added: “He booked this really nice hotel, it was stunning. He loves his hotels so it wasn’t a surprise he booked us into a nice one.”

In order to throw Nicola off, Charlie pretended he was hungover so she wouldn’t suspect the surprise.

The reality star, 31, continued: “We’d been out the night before and all day he was saying how hungover he was and complaining.

"When we discussed it before you always think: ‘Oh could it happen today,’ but that day because he hadn’t stopped complaining about his hangover I didn’t think it would. It turned out he was more pretending to be hungover!”

Charlie added: “It worked. After we booked into this hotel, I got down on one knee and then we went out for an amazing dinner.”

As for Nicola being “hysterical”, Charlie laughed: “Yeah, she forgot to say yes for a bit! I was thinking: ‘So is it a yes?’ It was a really special moment.”

And after such a perfect proposal, Nicola says she “didn’t want to leave” the Spanish island. “I wanted to stay at the hotel forever,” she added.

The couple tied the knot in August surrounded by their family and friends, including Nicola’s former MIC co-stars Lucy Watson and James Dunmore and Lucy’s sister Tiffany Watson.

Tiff, 27, was a bridesmaid and was joined on the day by her boyfriend, footballer Cameron McGeehan, while model Lottie Moss, half-sister of supermodel Katie Moss, was also in attendance.

For more on the stars of Made In Chelsea sign up for OK!'s daily newsletter here.