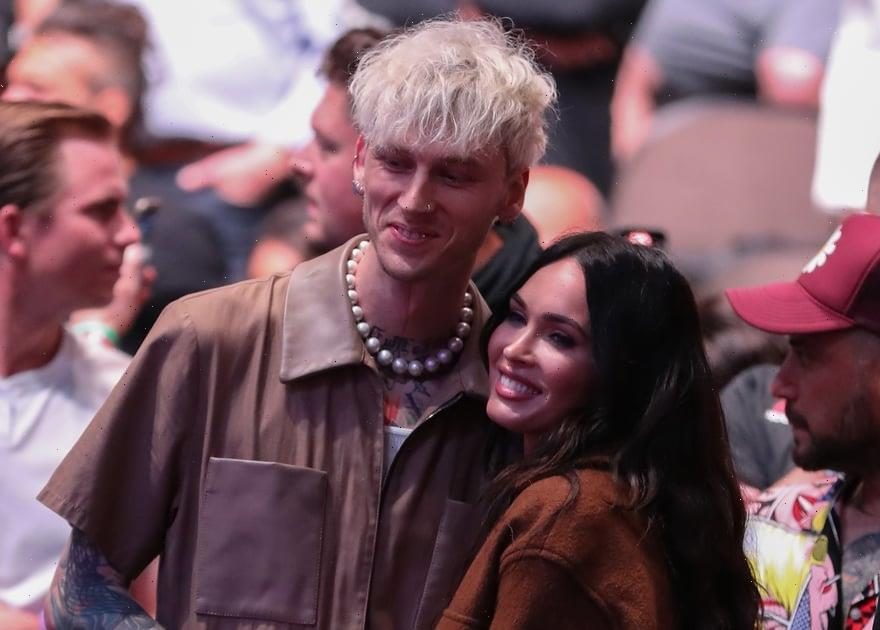 Machine Gun Kelly is opening up about his whirlwind romance with Megan Fox. During his Wednesday appearance on The Ellen DeGeneres Show, the 31-year-old musician shed light on his first date with the 34-year-old actress, which involved Megan scaling a building in heels. “I saw this roof and I was like, ‘I used to hang out there. I just want you to come and see my world for a minute,'” MGK said.

The couple really seems to like adventure because for their second date, they went swimming with sharks in Bora Bora. “She put her goggles on [and went under the water] and was like, ‘Babe, there’s a shark right there,'” MGK recalled. “And before she finished her sentence, I was already, like, halfway down the street. I left her in the water.” MGK also explained how Bernie Sanders helped him obtain a passport so he could visit Megan while she was filming a movie in Bulgaria and he revealed the meaning behind that necklace he wears with Megan’s blood in it.

MGK and Megan first sparked dating rumors in May 2020 after meeting on the set of their upcoming movie, Midnight in the Switchgrass, and they’ve been going strong ever since. Check out what else MGK had to say about his romance with Megan in the videos ahead.