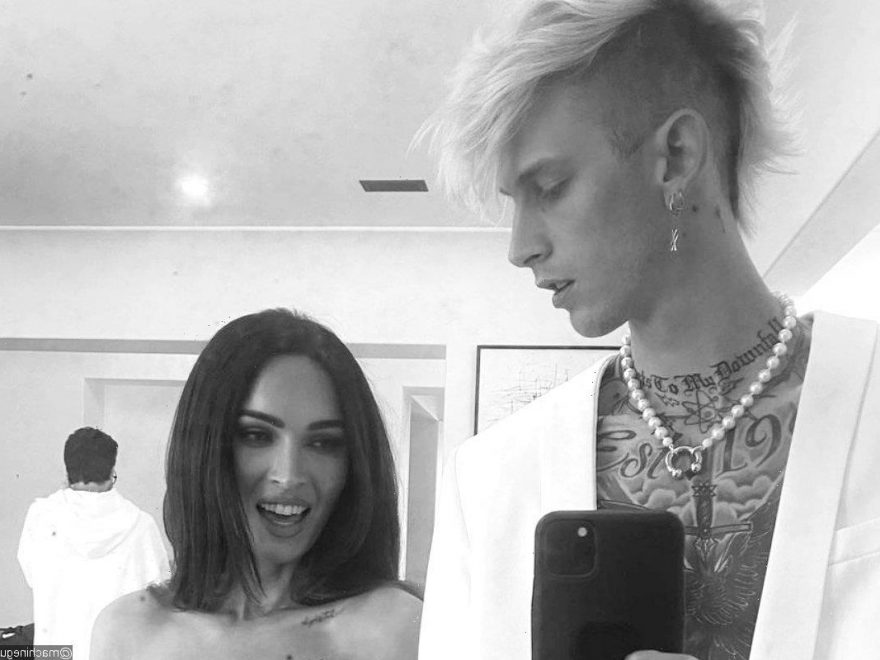 The ‘My Ex’s Best Friend’ hitmaker is busted for not wearing a helmet while riding his motorcycle in Sherman Oaks, California with her actress girlfriend on the back seat.

AceShowbiz –Megan Fox and Machine Gun Kelly have just had a run-in with the law during what was supposed to be their romantic date. The couple was pulled over during a motorcycle ride on Tuesday afternoon, June 1.

According to TMZ which obtained pictures of the pair during the traffic stop, the rapper/singer was riding his motorbike in Sherman Oaks, California with his actress girlfriend riding shotgun when an LAPD officer pulled them over. He was busted for not wearing a helmet.

Meanwhile, Meghan, who was photographed sitting on the sidewalk during the traffic stop, had her helmet on during the motorcycle ride. She also sported a long sweater or jacket which slipped over one of her shoulders, teamed with white sneakers.

As for MGK, he was seen not wearing a helmet as he spoke to the officer. He donned a pink T-shirt paired with light blue jeans and white sneakers for the outing.

Law enforcement sources additionally tell the site that the officer discovered the “Bloody Valentine” hitmaker didn’t have the proper endorsement to operate a motorcycle on his driver’s license. He was cited for that in addition to not wearing a helmet. Both Meghan and MGK were reportedly friendly and cooperative with the officer during the traffic stop.

Meghan and MGK have been inseparable since they were first reported dating in 2020, after they met on the set of upcoming indie thriller “Midnight in the Switchgrass“. They confirmed their relationship in May of the same year, just several days after Brian Austin Green announced his split from the former “Transformers” star.

On May 25 of this year, MGK celebrated one-year anniversary of the first time Megan saying “I love you” to him. “she said ‘i love you’ one year ago today,” so the 31-year-old musician simply tweeted at the time. In the same month, they graced the red carpet of the iHeartRadio Music Awards together as a couple.