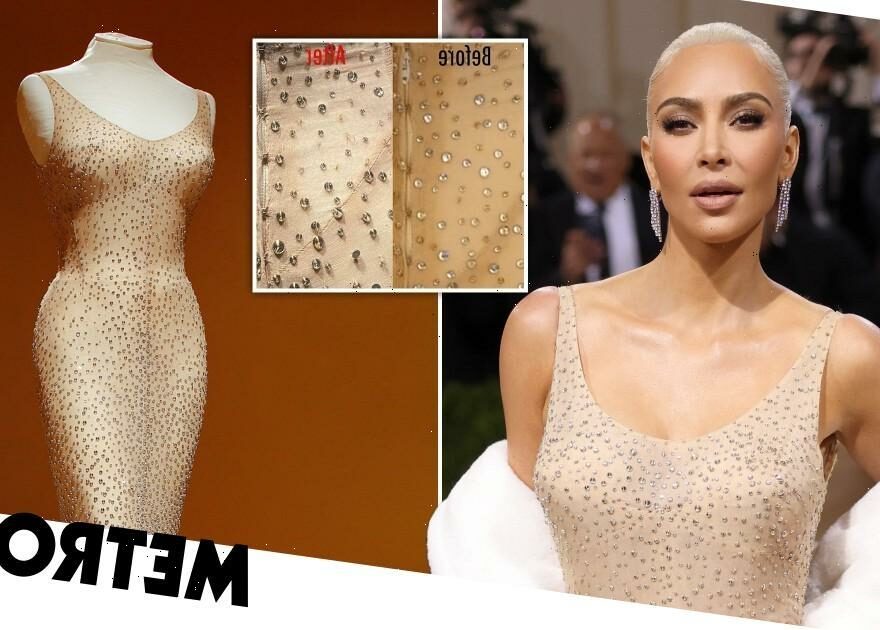 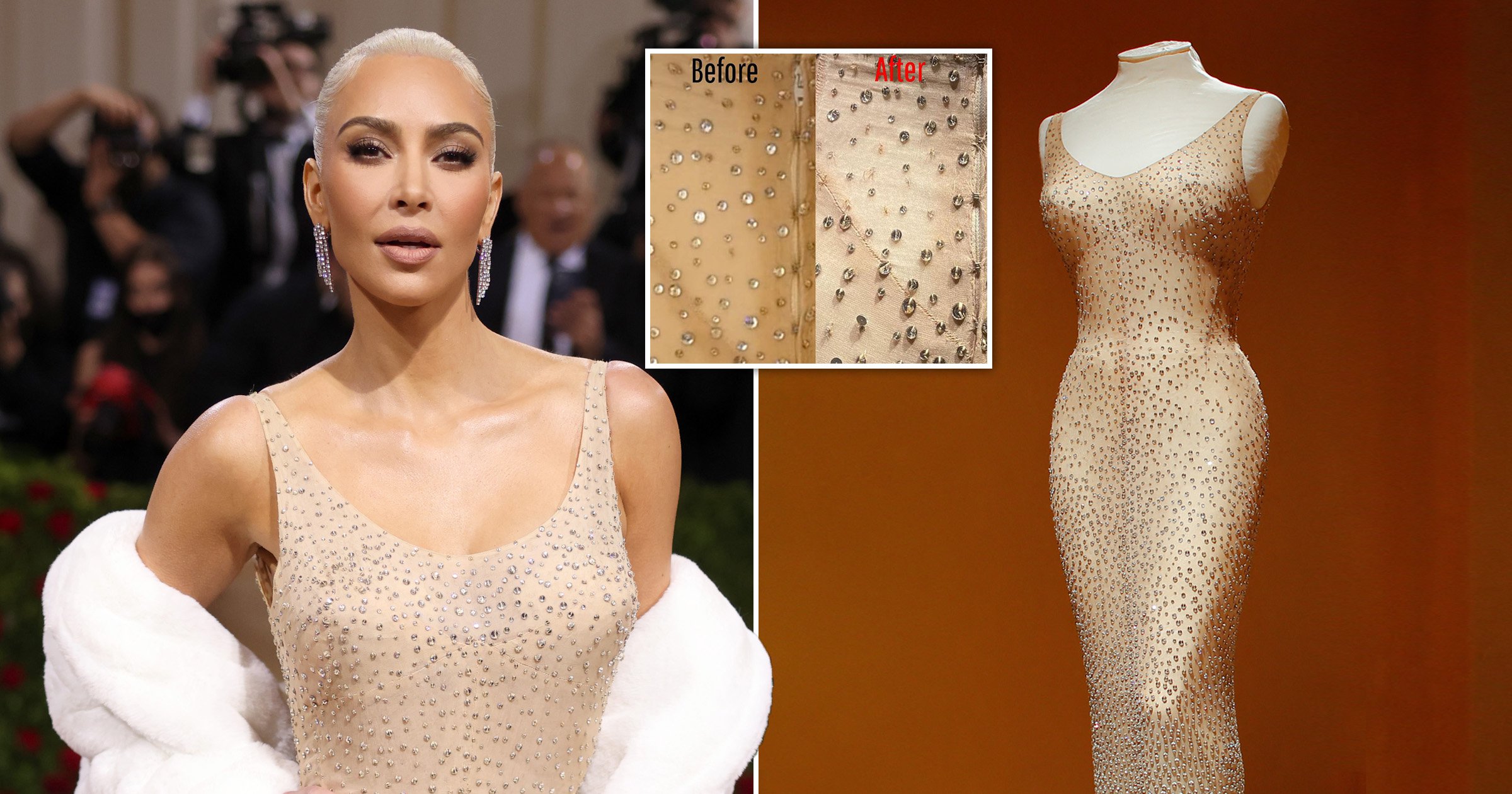 Marilyn Monroe’s iconic dress, which was loaned to Kim Kardashian to wear on the red carpet at the Met Gala, appears to have sustained some damage from its recent outing.

The gown, which Marilyn wore to serenade President John F Kennedy for his birthday in 1962, was loaned to Kim to wear for the red carpet at the Met Gala before she changed into a replica for the rest of the ceremony.

Due to the age and provenance of the dress, no alterations were able to be made to it, meaning Kim had to lose 16lb to fit into it for the occasion.

The precious garment was transported by guards and fans were assured that the utmost care was taken over the 60-year-old dress to ensure it arrived back in mint condition.

According to @marilynmonroecollection on Instagram, despite everyone’s best efforts, the dress did end up showing some wear and tear after its recent outing, six decades after it was first worn.

They shared two side-by-side close-up shots of the diamante and sequin detailing on the gown as they told their followers: ‘Just in case you missed it… Missing crystals, and some left hanging by a thread.’

They added: ‘@ripleysbelieveitornot , Was it worth it?’

Ripley’s Believe It Or Not, which displays the dress, had previously said in a statement: ‘Great care was taken to preserve this piece of pop culture history.

‘With input from garment conservationists, appraisers, and archivists, the garment’s condition was top priority.

‘Believe It or Not! no alterations were to be made to the dress and Kim even changed into a replica after the red carpet!⁠’

Amanda Joiner, vice president of licensing and publishing at Ripley’s, added to Slate.com: ‘We basically had many conversations with Kim and her team and put a lot of requirements in place with security and with the handling of the dress.

‘The dress was never with Kim alone. It was always with a Ripley’s representative. We always ensured that at any time we felt that the dress was in danger of ripping or we felt uncomfortable about anything, we always had the ability to be able to say we not were going to continue with this.’

Metro.co.uk has contacted Ripley’s Believe It Or Not for comment.