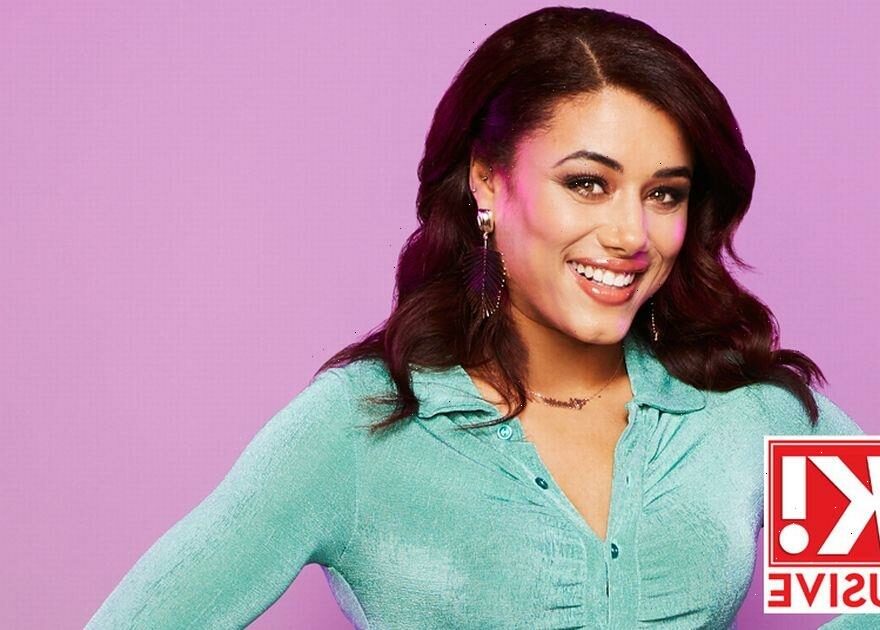 She describes herself as a “little girl from Derby” but there’s a lot more to Married At First Sight UK star Chanita Stephenson than that.

The 29-year-old became a social worker after a difficult childhood and had a fractured relationship with her mum before the pair reconciled. And as one of the standout stars of this year’s series, Chanita has once again shown her resilience. After marrying Jordan Emmett-Connelly, also 29, the pair instantly hit it off, growing particularly close on their honeymoon.

But a few weeks into the experiment cracks began to emerge when during an argument with her husband, she asked him if he had ADHD – something that caused upset.

“I was heartbroken,” she tells us. “Going back I would have just kept my mouth shut.”

Likening the show to “stepping into a pressure cooker”, she adds, “Nobody even proposes, you go from being completely single to bam, a husband, it’s a lot to digest.”

Chanita also reveals she has struggled to watch some scenes back, including when Thomas Hartley and April Banbury “slagged her off” behind her back.

“I was actually really, really hurt at the fact that somebody would go out of their way to lie about me and try to drag my character through mud,” she says.

Here, Chanita opens up on her first impressions of Jordan, the impact the series has had on her mental health and what she really thinks of her fellow brides and their grooms…

Hi Chanita! We have to ask – why did you want to marry a stranger?

I was having quite a bit of difficulty on dating apps, I just couldn’t seem to find the right people. My friend actually sent me the application, but I kept putting it off and she would keep chasing it. One day, I just thought, “Why not?” So I did it and submitted it, but never in 1,000 years did I think I’d get chosen.

What were your initial thoughts of Jordan?

All right. Yeah, because of all the people it could have been… [laughs] I could have been disappointed, but I was pleased. And I just felt comfortable straight away. We just bounced off each other, I was pretty happy.

Why do you think you were instantly comfortable with each other?

I think maybe because we’re both open-minded. I think we both went in for genuine reasons, looking for love. Having that open heart and mind helps you because it doesn’t restrict you as much. If you go in and you’re like, “I don’t want this, this, this and this,” it makes it a more difficult journey. But we just seem to get each other’s banter and we had a similar outlook on things, so it just naturally came together.

I was in a relationship for 10 years. I ended it because, over time, you kind of outgrow each other. I just felt that we weren’t on the same path any more. Prior to that, I’d only had one boyfriend all through the years of school. I went on dates, but nothing seemed to come of it. Or they would just ghost me!

What did you think of the wedding and honeymoon?

It goes so fast, you kind of have to take stock and think, “Oh my gosh, this is actually happening.” Nobody even proposes, you

go from being completely single to bam, a husband, it’s a lot to digest. You spend a lot of time with someone that you know nothing about, which can be good in terms of conversation because you have got loads to talk about. You have to process a lot, although we were really fortunate, we had a great time. It’s like stepping into a pressure cooker.

We saw you discuss previous struggles with your mum. How are things now?

It’s been a long and bumpy journey, but we’re probably the best we’ve ever been. It has been challenging at times but we’ve come out the other end.

What did you think of April and George’s tiff on their honeymoon?

I think it’s hard because you only get to see so much, you don’t see behind the scenes. I think I can speak for everyone when I say it would have been nice to be a fly on the wall and know what really went down in that hot tub. I personally wouldn’t do that but we all live differently.

How did you deal with being involved in all the drama on the show?

I’m actually quite a drama-free person. My job is very stressful and constantly dealing with crisis, so if my personal life was like that I would literally crumble and fall. I’ll be honest, when I went into it, I thought “Oh, I’ll just be the one at the back,” so when the April and Tom situation happened, I was quite shocked. I had to wake up very quickly and I probably went in a bit naive with rose-tinted glasses.

How do you find watching yourself on TV?

It’s very surreal. I’ve gone from the little girl from Derby to people knowing my name and stopping me in the street. It’s hard sometimes to watch yourself back on TV. Sometimes you cringe at yourself, or you think, “Oh gosh, I don’t look good at that angle!” There are times when you pour your heart out, or you’ve made a mistake, and it’s there for everybody to see – that can be very difficult.

Are there things you wish you had done differently?

When the experts spoke to me about our ADHD row, as you could see, I was heartbroken and may have said something that actually got twisted and blown out of proportion. Going back I would probably have just kept my mouth shut. We’re all human and we all make mistakes. It’s what you learn from your mistakes that counts.

How did you find the dinner parties?

Watching dinner parties on telly from previous seasons to living it… wow. You go into the dinner party feeling positive and hoping it will all go well, but by the end of it you walk out like, “What the hell have I just been involved in?”

How involved do the producers get?

They pretty much leave us to it. They give us pointers, like, “Could you talk about your honeymoons?” It’s quite generic. They don’t say, “Chanita, go and tell Jordan this.”

Finally, who did you get on with most while filming the show?

Zoe is my best friend, but overall I got on with everyone. I’m mainly in touch with Adrian, Sophie and Duka and I speak to Pjay. I didn’t leave the show with bad blood with anybody. We have our ups and downs but we’re like a dysfunctional family.