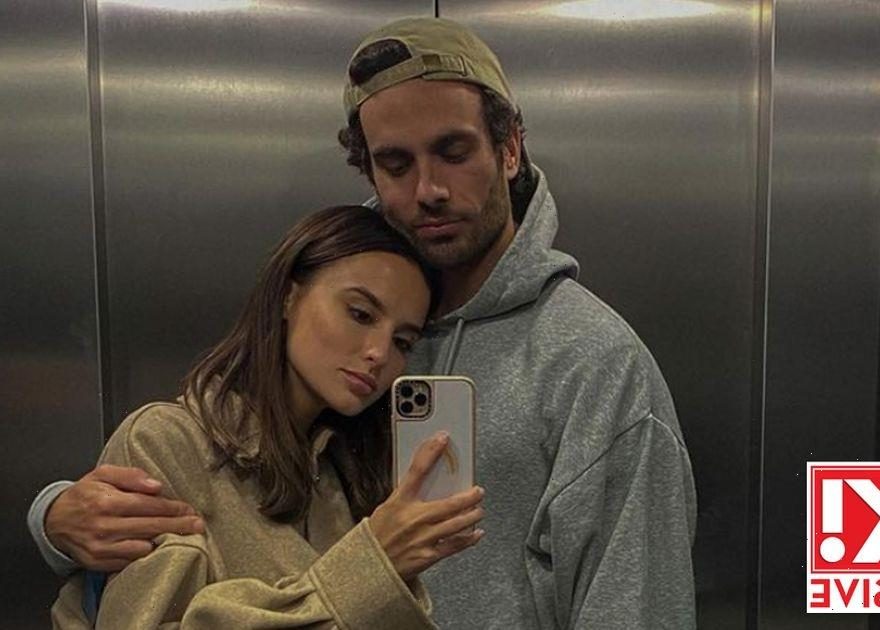 Her fiancé James Dunmore proposed during a romantic sunset in Greece nearly a year ago, and now Lucy Watson has shared her hopes of tying the knot in a sunny destination, too.

Speaking exclusively to OK! , the former Made in Chelsea star revealed that the pair will be getting married this year and hope to do it abroad.

But due to the ongoing travel restrictions thanks to the coronavirus pandemic, Lucy admits that the planning has been “stressful” and their abroad wedding ceremony plans still remain uncertain.

Opening up about herself and James’ plans, Lucy told us: “We are planning on getting married abroad but we will see if the restrictions will allow for that probably up until the last minute.

“It’s been stressful, but it’s not something I want to complain about. It’s definitely first world problems. There’s a lot more greater problems in the world. We’ll be OK – we’ll figure it out.”

Confirming they will say “I do” this year no matter the location, Lucy added: “We’ll get married regardless this year. Having our civil ceremony and then we’ll see what happens with our abroad ceremony.”

The star, who is the co-founder of ethical underwear line Renue, also revealed that she and James, 32, who also starred on Made in Chelsea, have enlisted the help of a wedding planner.

“I’ve worked with a wedding planner, GSP, they’ve been amazing, Lucy added. “I don’t think I would have been able to do it on my own.”

Lucy shared the pair’s happy engagement news on Instagram alongside the snap of the pair on a boat enjoying the sunset.

“Here’s to forever”, wrote Lucy alongside a ring emoji.

She and James have been together for six years.

And when she’s not busy wedding planning, Lucy can be found lending her support to organisations against animal testing, something she is extremely passionate about.

The 30 year old, who became vegan in 2016, is supporting a new campaign called ‘Target Zero’, which urges people to help put an end to animal testing for good.

Speaking about supporting the campaign, Lucy tells us: “I’ve been against animal testing for as long as I can remember. I was really shocked to find out that around three million animals are tested on in Great Britain and Northern Ireland every year.

To read more about the past and present stars of Made in Chelsea sign up for OK!'s daily newsletter here.

“Even though I would say I’m very knowledgeable about animal welfare, I didn’t know that animal testing was still going on in the UK. So I was super keen to raise awareness.

“This is something people have been petitioning against for over 100 years. I think animal testing should be banned everywhere.”