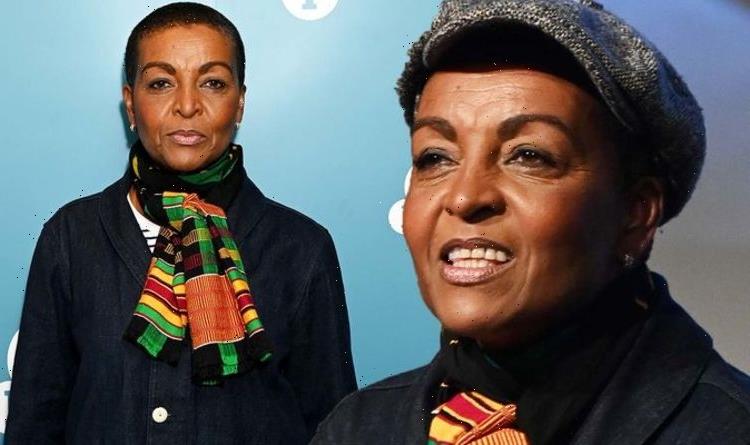 Bridgerton star Adjoa Andoh, 58, has detailed the emotional reunion she and her fellow castmates from the Netflix series experienced following “difficult times”. The actress, who plays Lady Danbury in the series, said she and her co-stars got back together after the first season over Zoom.

The first Zoom read-through of season two became a poignant moment for the cast, who suffered delays due to the coronavirus pandemic.

The actors were also hit with the departure of Rege-Jean Page, who starred in the programme as Simon Bassett, Duke of Hastings, who was raised by Lady Danbury.

“We all had a bit of a lump in our throat when we got together on that first Zoom call to do the first read-through of season two,” she added.

“I think we’ve all come back slightly bruised and conscious of the blessings that we have.”

Adjoa had previously spoken out on Rege’s exit after just one season.

She confessed that it came as no surprise to her, as the next part of the series will follow the love life of his brother-in-law.

“There are eight Bridgerton children: one down, seven to go.

“Season two it’s Anthony Bridgerton so there you are.

“That’s the arc of the show,” she explained to Daily Pop.

Adjoa went on: “We all love Rege and we’re all going to miss Rege but it’s not a huge surprise.”

The page re-tweeted a note from the fictional Bridgerton character Lady Whistledown, along with the caption: “Your Grace, it has been a pleasure.”

The note read: “Dearest Readers, While all eyes turn to Lord Anthony Bridgerton’s quest to find a Viscountess, we bid adieu to Rege-Jean Page, who so triumphantly played the Duke of Hastings.

“We’ll miss Simon’s presence onscreen, but he will always be part of the Bridgerton Family.”

The message also clarified that his character’s wife, Daphne, portrayed by Phoebe Dynevor, will continue to star in the show.

It continued: “Daphne will remain a devoted wife and sister, helping her brother navigate the upcoming social season and what it has to offer – more intrigue and romance than my readers may be able to bear.