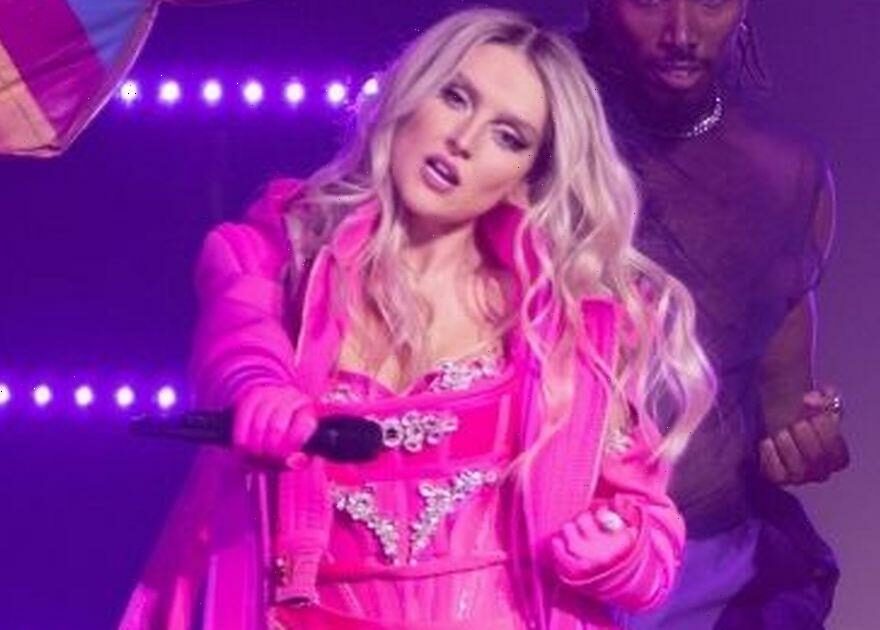 Perrie Edwards refused to let a throat infection stop her from performing for Little Mix fans, and went on to break down in tears while thanking concert-goers for their support.

Little Mix are currently on their Confetti Tour ahead of the remaining group members, Perrie, 28, Leigh-Anne Pinnock, 30, and Jade Thirlwall, 29, taking a hiatus from the band to pursue their own projects.

Tonight, Friday 13 May, will be their final performance.

With this in mind, mum-of-one Perrie, whose young son has been supporting the band on their tour, went on to perform at London’s O2 Arena, despite feeling under the weather.

“I have a bit of a throat infection, and my doctor was like, ‘You shouldn’t be singing, you shouldn’t perform’,” Perrie announced to the audience last night.

“Can you imagine? I said, ‘Don’t worry, doc. Our crowds will sing every single line.’"

Later in the concert, Perrie became overcome with emotion as she thanked Little Mixers for their undying support.

She said, as perThe Sun: “You are incredible.

“We are so thankful. And we are grateful to you guys as well for making this the most amazing ten years of our lives.”

In an interview earlier this week,the three songstresses held back tearsas they conducted their final interview together.

Speaking on BBC's The One Show, Jade confessed she will really miss having the girls by her side "24/7".

TV host Alex Jones asked what she will miss the most about being in the band.

"I will miss everything!" an upset Jade replied. "We cry laughing every day, we spend all of our time together so I think we will miss that, being in each other's company all the time.

"That sisterhood will never be lost but I will miss having them next to me 24/7.

"We want to say thank you to all the fans for the last ten years, we are so grateful."

While the group are taking a break, they’ve insisted thatthey’ll reunite within the next three years.

Perrie told The Sun: “We’ve all said we will let each other know when we’re going to release so we don’t end up clashing in the charts. We’re rooting for each other, not competing against each other.”

She went on: “Honestly, we haven’t even parted ways yet and we’re already talking about when we’re coming back! We’re like: ‘is two years away enough? Two and a bit years?’.”

For updates on all your favourite celebs, sign up to our daily newsletter here.

Jana Kramer on her ‘abusive’ ex-boyfriend: ‘He was going to kill me’

Everything You Need to Know About the Justice Tarot Card
Celebrities

Will the Sussexes sell their Montecito mansion & move to Hope Ranch?