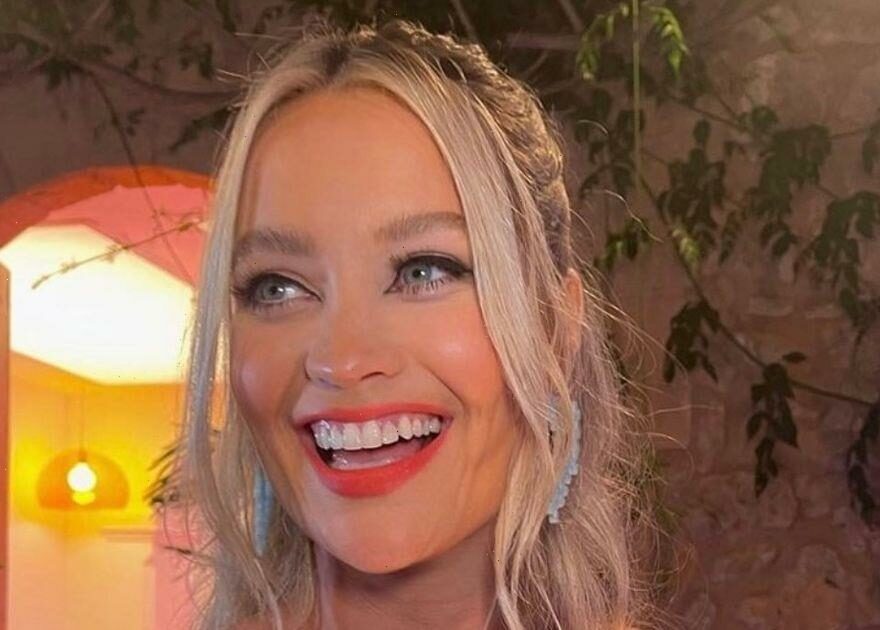 The pair have always kept their little one out of the spotlight, but Laura decided to share a cute snap of her daughter, looking very summery, during a trip to the park.

The little girl wore a pink and white striped top, along with a sunhat with flowery detailing to protect her from the rays.

After welcoming her daughter last year, Laura said she was the 'happiest [she'd] ever been'. Writing on Instagram, she urged mums not to put their experiences onto others.

"Little tip for speaking to new mums… everyone has a different experience so please don’t put your opinion or expectation on them," she said.

"I’ve been told I won’t be able to leave the house and should feel sh*t. But I actually feel the best I’ve felt ever and the happiest I’ve ever been in my entire life. And maybe feel a bit guilty for feeling good as I’ve been told I shouldn’t.

"But I’ve created something incredible. I had a positive birth with thankfully no complications and a baby that LOVES the boob (and jaysus those boobs are looking good!) also a supportive partner who loves changing dirty nappies (well at least he does them anyway!) I am lucky that’s my truth at the moment – I’m sure there will be tougher days.

"But you should never compare yourself to anyone else as your journey is specific to you. Stop comparing bodies and situations. My body is not here for your comparison so please don’t judge it. Support other women, it doesn’t knock you – in fact it empowers you. Just a thought x."

In the last couple of months, Laura was busy presenting the eighth season of Love Island which started at the beginning of June, but came to a close last week.

Laura was also the host of Aftersun, which aired every Sunday in the evening, where she would chat to a panel, as well as dumped Islanders.

Taking a turn in her career, Laura recently announced that she will star in the West End stage show, 2:22 A Ghost Story.

The Irish star joins the show's new cast, which is continuing its run in the West End. The other cast members are Felix Scott, Tamsin Carroll and Matt Willis.

Scott is best known for roles in Holby City and Doc Martin, while Carroll is a renowned stage actress who has also appeared in EastEnders and the movie musical version of Everybody's Talking About Jamie.