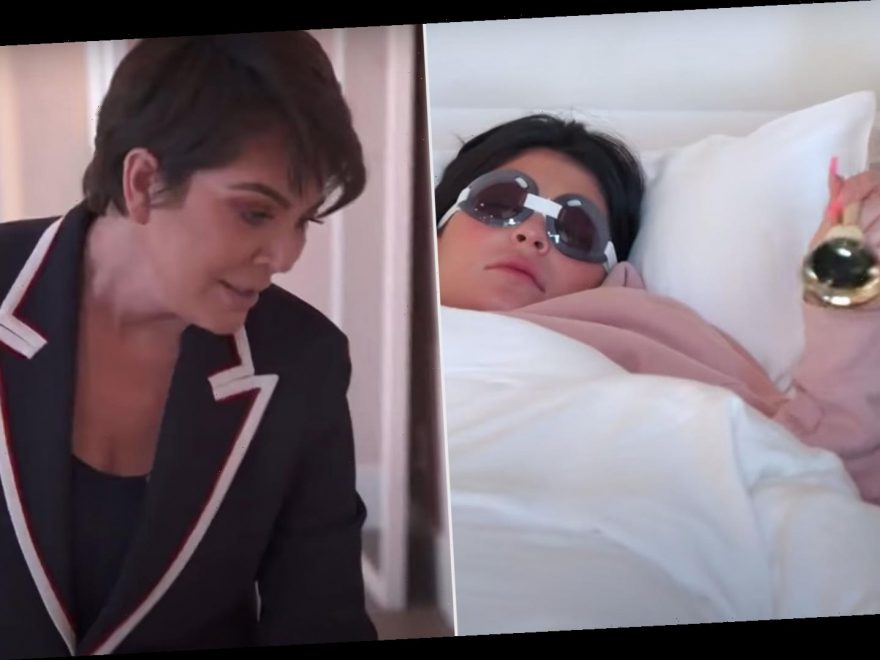 If you've ever had your wisdom teeth taken out (or any other minor surgery), chances are you've either ordered your friends and family to secrecy over your laughing gas antics, or you made them film them for your Instagram followers to see.

When you're a celebrity, it just so happens that your Instagram follower count can consist of millions and millions of people. From Tom Holland's extremely meme-able post-surgery face to Julianne Hough's loopy holiday song cover, these videos of celebrities after surgery are truly a gift to the world. Who knew that laughing gas could be the world's true equalizer?

Burtka was happily loopy coming out of spinal surgery in February 2021, in a video posted by his husband, Neil Patrick Harris. Harris explained that the chef was "in and out of lucidness," and had a button he could push to up a trickle of painkillers into his system.

After touting the stylishness of his neck brace, Burtka demonstrated how to use the button, pushing it and exclaiming "morrrrrphiiine," before telling Harris he didn't actually know if the drug was in fact morphine, but that it felt like "the bottom of the ocean."

Kris Jenner wanted to be the best caretaker for her youngest daughter after she got LASIK surgery, so she gave her a "little bell" to ring if she needed anything. Unfortunately for Kris, she didn't hear much else except for that little bell. After making tacos at Kylie's request, Kris fed them to her daughter as the billionaire danced around, clearly loving her meal. The A Simple Favor actress shared a brief video to her Instagram story of herself, post-surgery, being woken up by "Wild Thing" by Tone Loc. In the video, Lively slowly opens her eyes upon hearing the music and then gives a quick wink to the camera.

The DJ responsible for her "wild" wake up? Her husband, Ryan Reynolds, of course! The mother of three joked, "My husband knew 'Wild Thing' would be my version of smelling salts. I've never felt so seen. Or high. Also…I have zero recollection of this."

The "All About That Bass" singer got her wisdom teeth removed in November 2019 and was feeling pretty emotional afterward. Trainor captioned a photo and set of videos, "I was initially going to just take one wisdom tooth out. The dentist said they all had to go. Wasn't emotionally or mentally prepared but sure got some great content 😩😭😂 the second vid is me talking to my amazing manager @tommymbruce who literally has my whole heart haha thank u to the amazing dentist and my family for taking such good care of me💖."

For good measure, the singer included videos of herself being driven by husband Daryl Sabara as she attempted to sing along to her song "Working On It" featuring Sasha Sloan and Lennon Stella. In another hilarious video, the singer seemed pretty out of it before zooming in on a fellow passenger in the back seat and then adding, "I regret."

Jimmy Fallon surprised the "Lover" singerwith a video of her, loopy after Lasik surgery, when she stopped by The Tonight Show in October 2019. How did Fallon get his hands on the video? "Your mom may or may not have videotaped you after surgery … and she gave us the video," he said.

Swift replied, shocked, "For the television!?" In the video, the singer gets emotional about some bananas while trying to grab one from a bunch — and not getting the one she was going for. "That wasn't the one I wanted!" she says, on the brink of tears. Her mom, Andrea, tells her that she can't cry over the banana, and that she'll eat the one that her daughter picked. Swift says, worried, "But it doesn't have a head."

The video then cuts to Swift in bed with the banana, as her mom tells her, "Don't fall asleep eating the banana!" Taylor, protective goggles and all, replies, "I'm not asleep, my mind is alive!"

The record-breaking, history-making gymnast shared a whole different side of herself when she uploaded a quick video post-dental surgery. At one point in the video, Biles starts pretending to drive a car, even letting out a "beep, beep!" before simply laying back and resting. The Olympian tweeted, "I honestly have no words! Enjoy!!!!! Hope it makes you laugh!!!!"

The Spider-Man: Homecoming star struggled to sit upright in bed after he had one of his wisdom teeth removed, eventually getting help from a friend as he made some hilarious faces and used his ice-pack as a cell phone. To be fair, Holland's Spidey senses were probably not at their best post-wisdom teeth surgery.

The Euphoria star wasn't sure if she'd share her wisdom tooth removal journey with the world, especially because, she explained, "I look a hot ass mess." Before hitting Instagram Stories to share her experience, Zendaya posed with her ice packs firmly affixed to her head.

Zendaya says at the start of her videos, "I got my mom with me … all because I'm a little baby and need my mom to take care of me." She adds, "I feel great, so you're not gonna get a fun, exciting, embarrassing story." We'd beg to differ, Zendaya!

In one clip, Zendaya marvels that, though her mouth is totally numb, her "lips are hella soft, though," adding, "shout out to moisturization."

The musical theater phenomenon Hamilton is well-loved by critics and theater-goers alike, but perhaps the best of the show's reviews came from Jennifer Garner. Through laughter and tears, Garner explained that they played "the sad part of Hamilton" while she was getting dental surgery, which caused the actress to start crying. When asked if she was okay, Garner decided to tell everyone about the musical (created by Lin-Manuel Miranda) exclaiming on the phone with a friend, "It was so beautiful, that musical! So I told them about it!"

"Hello, my beautiful people! I just wanted to inform an exclusive of my Met Ball fashion look," Hough told her followers after getting her wisdom teeth removed. Hough, who had her wisdom teeth extracted in December 2016, shared the hilarious video as a throwback in May 2017. She didn't just talk about her Met Gala fashion look, the dancer also sang "O Holy Night" with a mouth full of gauze, insisting, "I actually know the words!"

Most importantly, never forget that Jessica Simpson walked (into a Red Robin with her best friend CaCee Cobb after eye surgery) so that the rest of these celebrities could fly.