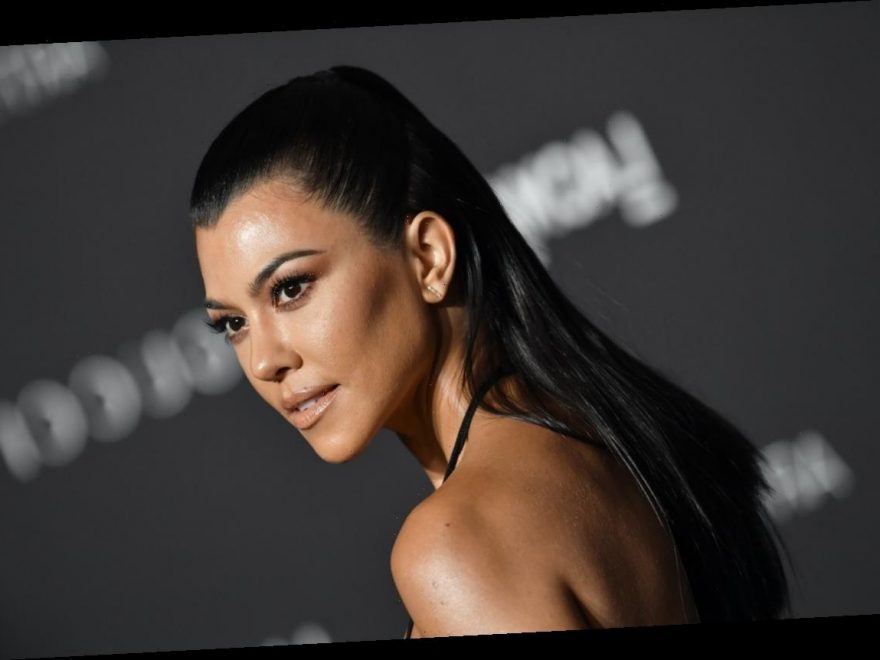 It seems like Kourtney Kardashian might have a new man in her life. Following a two-year relationship with model Younes Bendjima and rumored flings with Justin Bieber and Luka Sabbat, the latest reported lover in her lineup is Blink-182 drummer for the ages, Travis Barker. Kourtney Kardashian’s comment on Travis Barker’s IG video is the latest clue hinting at a chill romance between these two. Let’s review the case, shall we?

On Jan. 31, Barker threw it back to the ’90s sharing a cover of “I Think We’re Alone Now" by Tiffany on Instagram, from his OG punk days in the band FEEBLE. Just a cute nugget of pandemic-era nostalgia, right? Well, Barker’s post went from NBD to BFD when Kardashian took the time to leave a comment — a simple, understated "wow."

While a one-word comment could seem dispassionate or lazy on the surface, consider the context. For one, this is far from the first time Barker or Kardashian have made it a point to interact with each other’s posts.

All throughout January, things were heating up. Last week, Barker commented a rose on Kourtney’s lingerie selfie. Before that, Barker commented on Kardashian’s post about True Romance, a film widely known to be his favorite. They’ve also reportedly been hanging out IRL at Kris Jenner’s home in Palm Springs. You don’t need a digital anthropologist to tell you that commenting "wow" on someone’s IG post indicates familiarity, ease, and a casual sense of comfort, if you will.

At the very least, there’s a platonic intimacy between them. After all, according to Us Weekly, Kardashian’s kids, Mason, Reign, and Penelope are reportedly tight with Barker’s daughter and son, Alabama and Landon. “Travis and Kourtney’s kids are very close. They became friends living in the same neighborhood and hang out a lot. Their kids’ friendship had Kourtney and Travis spending a lot of time together," a source reportedly said. According to a similar Us Weekly report that came out in January, "Travis is very smitten with Kourtney and has been for a while," the source claimed.

The two haven’t confirmed a romantic relationship, so the verdict for now is that they’re flirty friends. Until Kardashian refers to Barker as her boyfriend, here’s to joyfully shipping these two.