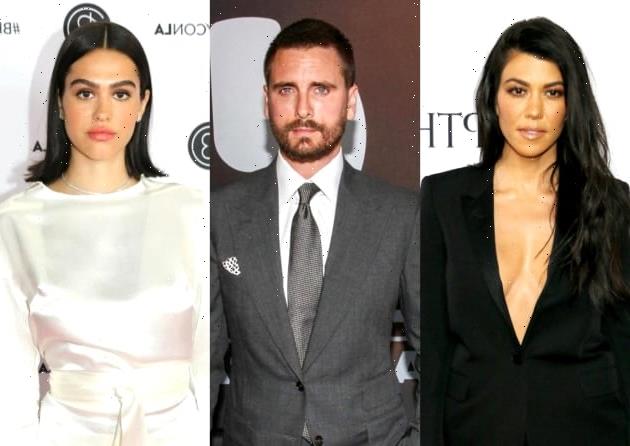 In case you somehow missed it, the whole thing took place over the course of 72 hours, and it was all very, very public.

The trouble began when Disick DM’d Younes Bendjima in the apparent hope that Kourtney Kardashian’s most recent ex would like to join him in slut-shaming the poor woman.

Instead, Younes set into motion a series of events that would cost Scott his relationship and whatever was left of his good name.

“Yo is this chick ok!???? Broooo like what is this. In the middle of Italy,” Disick messaged Bendjma, along with a photo from Kourtney and Travis Barker’s recent trip to Italy.

“Doesn’t matter to me as long as she’s happy. PS I ain’t your bro,” Younes replied, making his feelings toward Scott abundantly clear.

Younes shared screenshots of the exchange on Instagram, which must have been pretty embarrassing for Scott.

But his situation was about to get even worse.

Scott, as you probably know, was dating Amelia Hamlin when all of this happened.

“Was” in very much the operative word in that sentence, as the relationship is now a past tense affair.

According to insiders, Hamlin swiftly dumped Disick when she learned of his ongoing obsession with his ex.

She may be significantly younger than the father of three, but she definitely conducted herself in a more mature fashion during their time together, and she knew when it was time to call it quits.

So what does Kourtney think about this messy situation that she was unwittingly dragged into?

Well, according to an insider who spoke with In Touch, she really can’t be bothered to think about it all.

“Kourtney has moved on with [Travis Barker],” says the source, adding that Kourtney isn’t the slightest bit concerned “about Scott’s love life.”

“Regarding Amelia ending the relationship, Kourtney has no sympathy for Scott whatsoever.”

Sounds like if Kourt has sympathy for anyone in this situation, it’s Amelia.

As for Hamlin’s decision to pull the plug on this relationship, insiders say the leaked DM left her feeling that she had no choice.

While the Younes situation wasn’t Amelia’s only reason for dumping Disick, several insiders have confirmed that it was the straw that broke the camel’s back.

One source says the incident led to “questions about whether Scott still has feelings for Kourtney,” noting that Amelia “doesn’t like the idea of being dragged into their feud.”

While neither party has confirmed the breakup yet, Amelia’s post immediately after the Younes incident very strongly hinted that she had decided to kick Disick to the curb.

“Never settle for less. Not with your job, your friends and especially not with your heart. Continue to seek what you are looking for and do not shrink yourself for the sake of other people,” the post read.

“You deserve the best.”

Since then, several sources have confirmed that Scott and Amelia have indeed broken up.

So Amelia is finally free from her much older boyfriend, and she gained tens of thousands of Instagram followers from the bargain.

Plus, now when she wants to complain about her ex she can reach out to Kourtney, who can probably help her career even further.

It’s really a win-win situation for everyone involved — except Scott, of course.