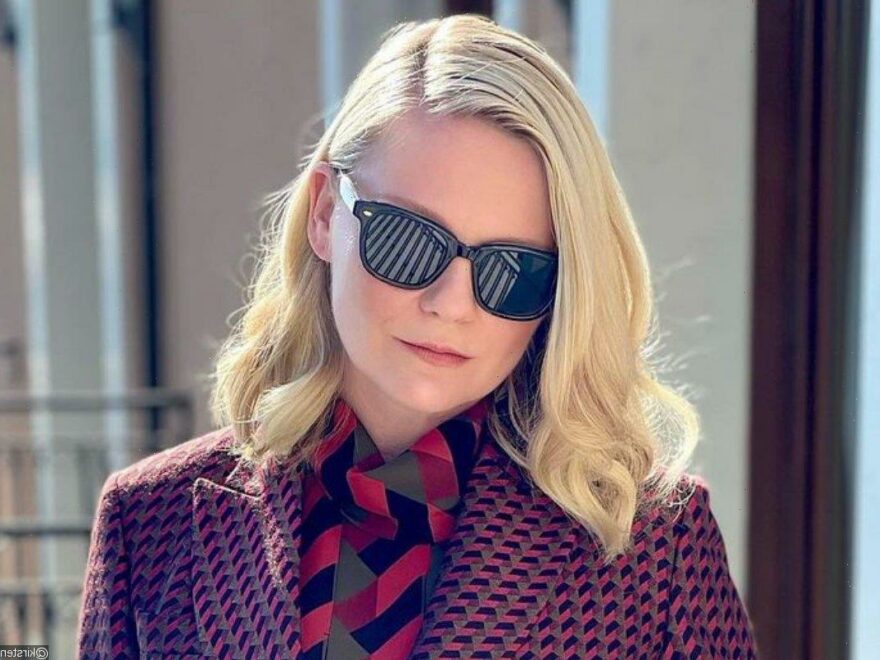 After welcoming her newborn son with her fiance Jesse Plemons, the Mary Jane depicter in Sam Raimi’s ‘Spider-Man’ trilogy reveals that she hasn’t ‘slept through the night’ and has developed ‘an eye twitch.’

AceShowbiz –Kirsten Dunst is officially a second-time mom. The Mary Jane depicter in Sam Raimi’s “Spider-Man” trilogy has confirmed that she welcomed her second child with her partner Jesse Plemons four months ago.

In a new interview with the New York Times published on Friday, September 10, the 39-year-old actress introduced her new bundle of joy, a baby boy named James Robert. “This is the newest guy, the Big Kahuna,” she said of her son, who weighs 18 lbs. “He’s an angel, but he’s a hungry angel. And a heavy angel.”

Kirsten, who is also a mom to 3-year-old son Ennis Howard Plemons, went on telling a joke that she’s in a “really special place” with her young kids at home. “I’m so tired, I haven’t slept through the night in four months,” she explained. “I’ve developed an eye twitch, too.”

Kirsten first made public that she was expecting her second child when appearing on the April cover of W Magazine. In addition to debuting her growing pregnant belly, the former star of “Bring It On” alum joked about her size during the interview as saying, “Every shot was on the floor… I was like, ‘I can’t get up.’ I felt like Urkel.”

Then in June, reports claimed that Kirsten had welcomed her second baby. In photos obtained by Daily Mail, the three-time Golden Globe nominee was seen holding a baby carrier while stepping out in Los Angeles with her mom Inez Rupprecht.

For the outing, Kirsten donned a sporty black jacket, matching leggings, a pair of Birkenstock sandals and a crossbody tote bag. She opted to go makeup-free under a black face mask and styled her bright blonde locks in pigtail braids.

Kirsten first met Jesse in 2016 on the set of “Fargo“. The couple started dating a year and a half later. “I knew that she would be in my life for a long time,” Jesse once gushed about their relationship.

As their romance blossomed, Kirsten and Jesse got engaged in January 2017. In 2018, the “On Becoming a God in Central Florida” actress gave birth to their first child, Ennis.