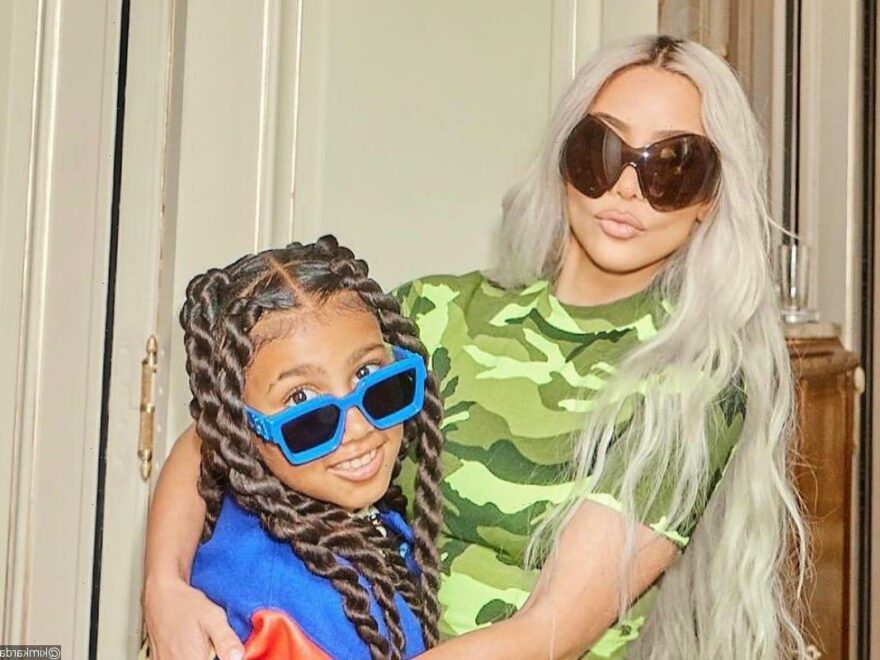 The mother-daughter duo, who are also accompanied by the ‘Keeping Up with the Kardashians’ alum’s three other children, are seen goofing around on the beach in the Turks and Caicos.

AceShowbiz –Kim Kardashian has gotten a special treat from her eldest daughter with Kanye West. While enjoying themselves on a beach in the Turks and Caicos sometime in July, “The Kardashians” star was caught on camera getting a playful piggyback ride from North West.

In the photo, the mother-daughter duo were seen goofing around on the beach. Kim raised her hand and gave a peace sign as she playfully climbed the back of her 9-year-old. The SKIMS founder donned black bandeau top that she paired with black bikini bottom. Her young daughter, in the meantime, opted for a black single-shoulder one-piece suit with a cut over her side.

Kim did not enjoy the time under the sun only with North. The two were also joined by her other kids, 6-year-old Saint, 4-year-old Chicago and 3-year-old Psalm, who also wore similar black-colored swimwear. At one point, as seen via Daily Mail, they were seen posing for a picture taken by a woman in pink T-shirt and camouflage shorts.

Back in June, Kim celebrated North’s 9th birthday by throwing her a Halloween-themed camping trip in Wyoming. The former “Keeping Up with the Kardashians” star used her private jet, which was dubbed “KIM AIR”, to fly her little girl and her friends over to the camp. To fit the spooky theme, she had her jet interior decorated with fake cobwebs and pieces of wood.

The birthday trip saw North being joined by Kourtney Kardashian and Scott Disick‘s daughter Penelope Disick as well as Selena Gomez‘s 9-year-old half-sister Elliot Teefey. They enjoyed outdoor activities, such as zip-lining and wake-surfing, and spent their night in indoor tent that was decorated with stuffed toy deer heads and fake blood.

Many were left impressed by the lavish camp party documentary Kim shared on her Instagram account. Simon Huck, the makeup mogul billionaire’s business partner, jokingly wrote, “Sign me up.” Meanwhile, Adrienne Bailon, the ex-girlfriend of the KKW Beauty founder’s brother, Rob Kardashian, additionally piped in by writing, “SO DOPE!”