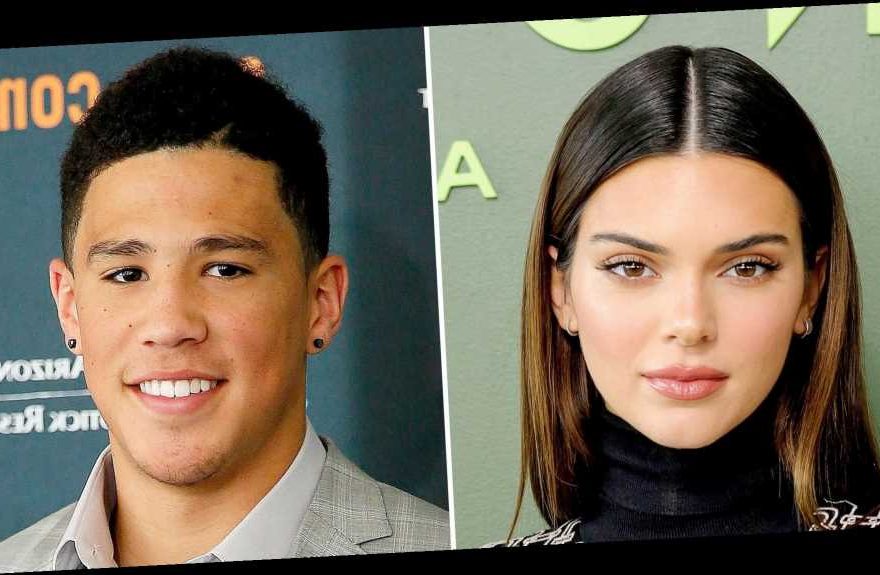 The other side of the camera! Kendall Jenner is going viral for snapping a fan photo at the Phoenix Suns game on Wednesday, February 17.

The 25-year-old model was at Phoenix Suns Arena to support boyfriend Devin Booker as the Suns played the Brooklyn Nets. During the game, a fan asked Jenner to take a group photo from her box.

“Thanks for airdropping this pic to me @kendalljenner,” Bobby Murphy wrote alongside the group photo and a selfie with the Keeping Up With the Kardashians star in the background.

“They are just having fun with each other,” an insider told Us Weekly in August 2020. “It’s easy because they get along well and he also gets along great with her family.”

While the twosome first publicly acknowledged their romance at Jenner’s Halloween birthday bash, they made headlines earlier this month after they gave fans a glimpse into their relationship on Valentine’s Day. The NBA player, for his part, posted a video of Jenner playing with a dog and a picture of the couple taking a nap together with the pup on a blanket in the grass via Instagram Stories.

Jenner, meanwhile, shared a sweet snap that showed her cuddling with Booker on a kitchen countertop.

After a fan account for the famous family reposted Jenner’s picture on Sunday, February 14, Khloé Kardashian revealed she supports the relationship by leaving three red heart emojis on the post.

The 818 Tequila founder, who has previously been linked to basketball players Ben Simmons and Blake Griffin, rarely opens up about her personal life. Back in April, Jenner fired back at social media users who suggested she was “passing” around NBA players.

“They act like i’m not in full control of where i throw this cooch,” Jenner tweeted at the time.

Two months earlier, she opened up about her exes in a behind-the-scenes video for a Calvin Klein campaign.

“A lot of the relationships have taught me more about myself, which is the most valuable,” she said in February 2020. “And like, what I want from a person or from a relationship.”

Booker, for his part, was previously linked to Kylie Jenner’s ex-best friend Jordyn Woods in 2018. The Kylie Cosmetics CEO hasn’t been seen with Woods since she was caught kissing Kardashian’s on-again, off-again boyfriend, Tristan Thompson, at a party in L.A. in February 2019.