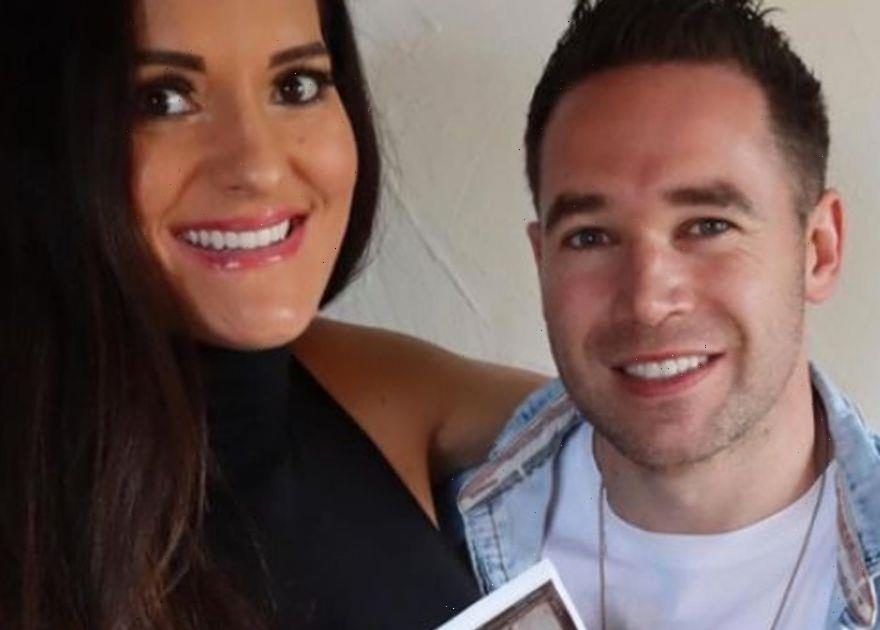 Kieran Hayler fans think he has accidentally slipped up and announced the gender of his unborn child as he shared a gorgeous photo with his pregnant fiancée Michelle Penticost.

The 34 year old is four months away from welcoming his third child, and his first with fiancée Michelle, 38, but the pair have not yet announced the baby's gender.

However, some fans think Katie Price's ex husband may have given the sex of their baby away in his latest social media post, dedicated to his fiancée.

Wishing Michelle a happy anniversary in the gushing post, Kieran dons a pink T-shirt, whilst Michelle stuns in a pink dress, flaunting her blossoming baby bump.

The pair both drink pink coloured drinks as they stand in front of a lavish balloon banner, which included different shades of pink, gold and white.

The banner did not indicate the gender of the baby, however, reading: "Happy Anniversary."

Kieran wrote to his 136,000 Instagram followers in the adorable post: "The mother of my unborn child, I love you.

"Happy anniversary my beautiful, incredible woman. My fiancée and my rock!! 3 years and many many more to come.

"I am so excited for the future, and every next step we take. I love our family unit and the memories we are creating.

Fans of the personal trainer were quick to pick up on the hints and speculated that the pair could be expecting a baby girl as they took to the comments section.

A second added: "I suppose it means you will be having a little girl!," with a third writing: "Happy anniversary n I guessing girlie [sic]."

Another observed: "Thought it was a gender reveal git so excited then lol [sic]."

One final fan commented: "Awwww lovely, lot of pink balloons there !! Loll what you saying [sic]."

OK! online has contacted a representative for Kieran for comment on this story.