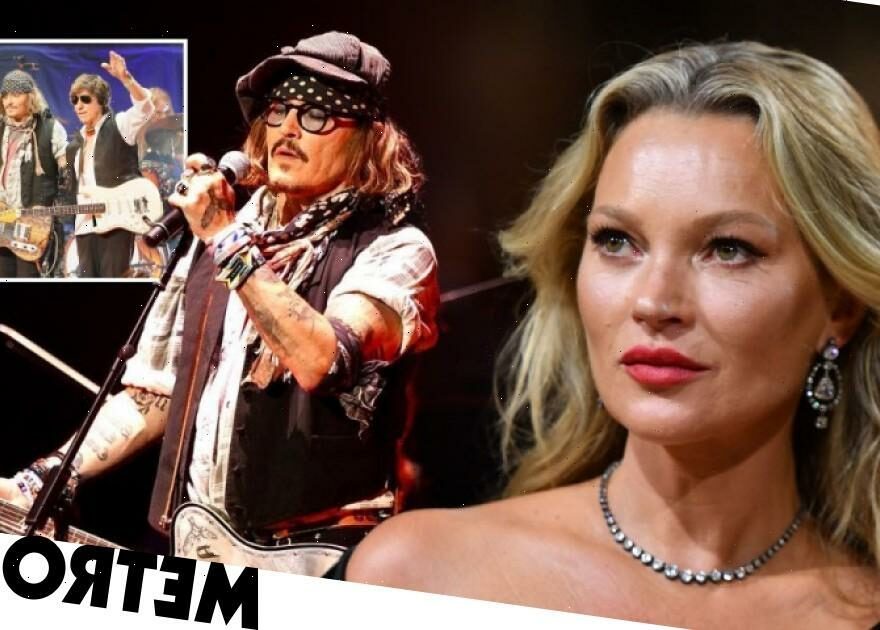 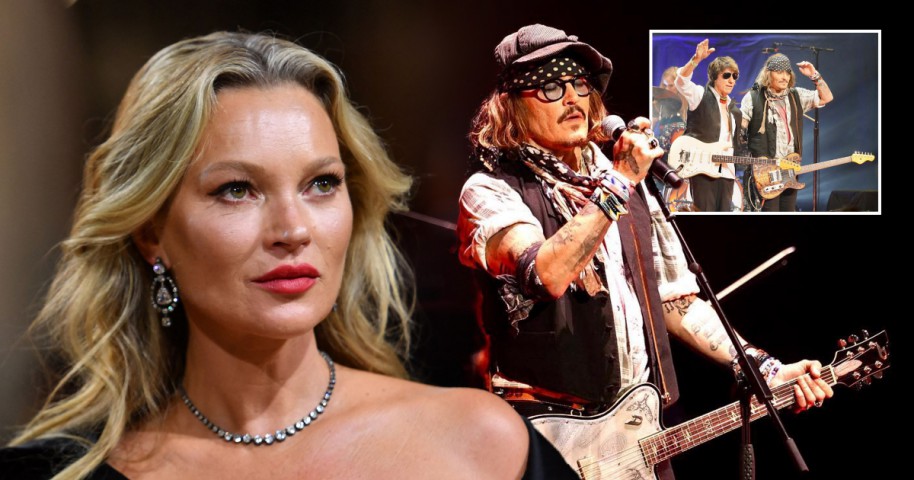 Kate Moss reportedly attended Jeff Beck’s London gig days after testifying on behalf of Johnny Depp in his court case against Amber Heard, with the pair partying after the show

Musician Beck shocked fans this week as he introduced Depp to the stage in Sheffield and London where the pair performed multiple songs together.

In London’s Royal Albert Hall on Monday, Depp reportedly received a standing ovation from crowds, who chanted his name through the applause.

The surprise appearances at Beck’s shows come as Depp awaits the verdict in his libel trial against ex-wife Heard, with jury deliberations continuing.

Fans were surprised to see Depp make such high-profile appearances shortly after the massive public trial, and at the second Royal Albert Hall gig on Tuesday, another person involved in the trial was present.

Moss, who dated Depp in the 1990s, testified via video link on Wednesday where she said rumours that Depp had pushed her down the stairs in 1999 were untrue.

According to The Daily Mail, Moss was seen watching her ex and Beck performing at the iconic venue, six days after she refuted claims Depp had pushed her down the chairs in 1999.

After the show – which saw Depp be welcomed on-stage by chants of his name and calls of ‘We love you Johnny’ – Moss headed backstage to party with the band and her ex-partner.

Moss is said to have been joined inside by TV star Sharon Osbourne, with the pair attending the after-party together.

The model had arrived far earlier in the day, reportedly about 90 minutes before the Pirates of the Caribbean actor arrived on stage.

Last week, Moss told the court that there had been a ‘rainstorm’ and as she left her hotel room, ‘I slid down the stairs and I hurt my back.’

The supermodel went on to testify: ‘He never pushed me, kicked me or pushed me down any stairs.’

The former couple met in 1994 while in New York and embarked on a lengthy relationship before going their separate ways in 1998.

The fashion icon has never alleged that she was abused by her ex during their lengthy romance, but has said that she cried for ‘years’ after their split.

The pair, who have been friends for years and previously released music together, shared a hug on stage as the show came to a close before Depp saluted the audience.

On Monday, Beck had introduced the Pirates actor by saying Depp had knocked on his dressing room door five years ago ‘and we haven’t stopped laughing since.’

In Virginia, 4,000 miles away, the jury is continuing their deliberations into the libel trial, and most recently asked the judge a question on Heard’s Washington Post op-ed detailing alleged domestic abuse.

They asked Judge Penney Azcarate to clarify whether they should consider the entire article or just the headline.

The article headline reads: ‘I spoke up against sexual violence — and faced our culture’s wrath. That has to change.’

Ex husband and wife Depp and Heard are locked in a legal battle stemming from the 2018 op-ed, which did not name Depp.

They are suing each other for $50million (£40m) and $100m (£80.3m) respectively, with lawyers for Depp arguing the op-ed suggested Depp was abusive to Heard despite him not being named.

Heard is counter-suing Depp for libel after he labeled her a liar.