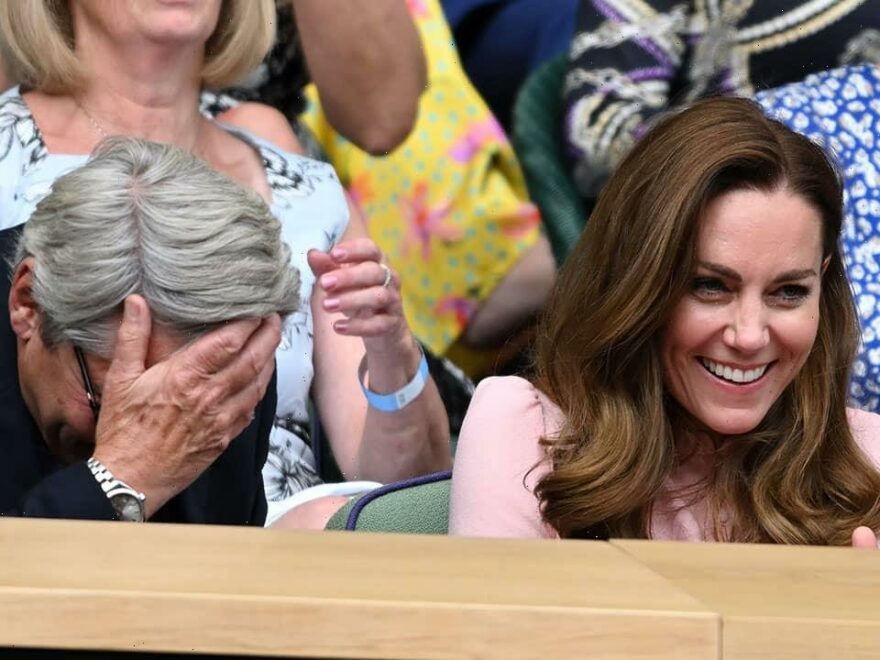 The Duchess of Cambridge and her family are known to be huge tennis fans and are frequent visitors to Wimbledon.

Kate, who is the patron of the All England Lawn Tennis Club, tends to watch Wimbledon and, over the years, has been pictured in the Royal Box on Centre Court with her parents Carole and Michael Middleton.

WATCH: Duchess Kate blows a kiss to her parents in sweet moment at Wimbledon

Back in 2017, during an appearance on BBC documentary, Sue Barker: Our Wimbledon, Kate shared some insightful anecdotes about her tennis-loving family – including one moment when her dad Michael left her feeling “mortified”.

She recalled the moment her father tried to play it cool in front of the former British number one tennis player Tim Henman, telling broadcaster Sue: “My father is not going to appreciate this but we were walking past Tim Henman and we had just seen Sampras play. My dad said very coolly, ‘Hi Pete’. I was mortified!”

Speaking about her love for the sport, Kate said: “I have watched Wimbledon, that was very much part of my growing up. It’s such a quintessential part of the English summer, and I think it really inspires youngsters, myself, it inspired me when I was younger to get involved in the game. It hasn’t changed either, I think that’s what’s so wonderful.” 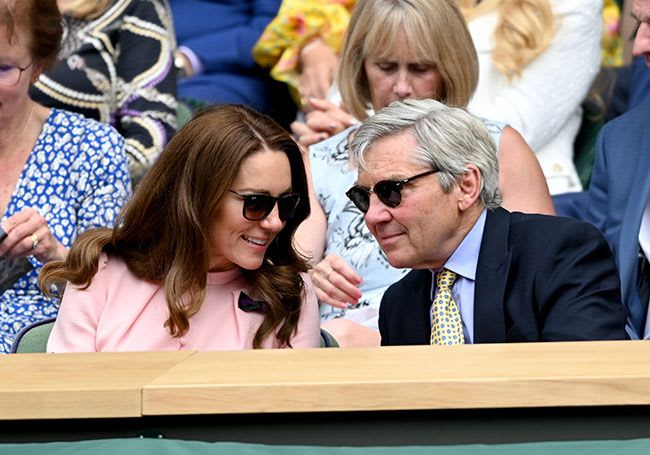 Kate seen with her dad Michael at Wimbledon in 2021

Laughing, Kate also revealed: “Roger [Federer] is my mother’s heartthrob. I don’t think she will mind me saying that! I think he probably knows that too.”

MORE: Game Set Match! The Wimbledon wives and partners on courtside this summer

Earlier this week, Kate and Prince William were among the spectators at Wimbledon and were joined by Michael and Carole. They watched Novak Djokovic beat Jannik Sinner in the quarter-final before witnessing British hopeful Cameron Norrie’s victory over David Goffin.