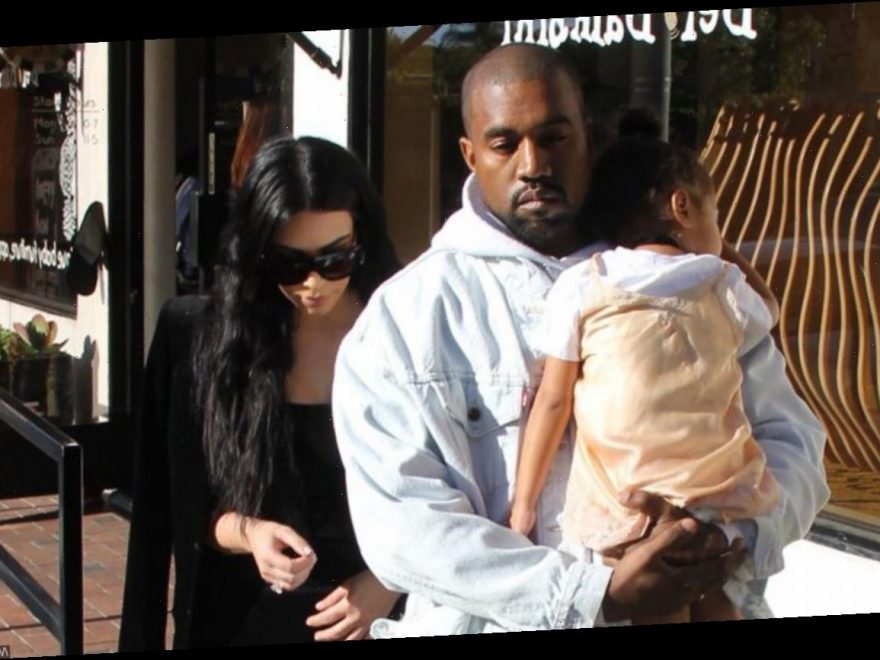 Meanwhile, the ‘Stronger’ rapper’s teenage paintings, which wife Kim Kardashian used to shut down doubters of her daughter’s painting, are reported to be appraised for around $16,000 to $23,000 and sold to an art collector.

AceShowbiz –Kanye West‘s daughter is reaping notable recognition amid negativity surrounding her viral painting. Having had her artistic skills being questioned by many social media users, North West was alleged to have secured a personal invitation to a museum honoring late painter Bob Ross, The Bob Ross Experience, in Muncie, Indiana.

Offering more details about the invitation was TMZ. Sarah Strohl, an executive assistant at Bob Ross Inc, told the outlet that the company was “thrilled” upon learning the young girl’s talent that was likely to be influenced by the late painter. It was also noted that the team is “looking to nurture” her talent.

Sarah mentioned that if the “Stonger” rapper’s eldest daughter accepts the offer, she will have a closer look at Bob’s paintings. The kid will also be able to attend a class in Bob’s wet-on-wet technique with a certified instructor.

North was not the only one who got appreciated for her artistic skills. Her fathers’ teenage paintings, which mother Kim Kardashian used to shut down doubters of her painting, are unveiled to be appraised for around $16,000 to $23,000 on the PBS’ “Antiques Roadshow” and sold to art collector Vinoda Basnayake.

“Kanye’s cousin owned the trove, which was created by Kanye during his days as a student at Polaris School [in Chicago],” a source spilled to Page Six. The source further divulged that the artworks were sent to Vinoda in January 2021.

Reports about sale of Kanye’s paintings and North’s invitation came after Kim showed off her daughter’s oil landscape painting via Instagram Story on February 9. Many critics, however, were quick to voice their skepticism, questioning whether the girl did the artwork herself. The online bashing prompted Kim to fire back.

“DON’T PLAY WITH ME WHEN IT COMES TO MY CHILDREN,” the SKIMS founder kicked off her lengthy message. She then explained that North and her best friend, Ryan, “have been taking a serious oil painting class where their talents and creativity are being encouraged and nurtured.”

“North worked incredibly hard on her painting with took several weeks to complete. As a proud mom, I wanted to share her work with everyone,” the daughter of Kris Jenner went on. “I’m seeing op-ed pieces in the media and social media from grown adults breaking down whether or not my child actually painted this.”

Kim went on to blast haters, “How dare you see children doing awesome things and then try to accuse them of NOT being awesome? Please stop embarrassing yourselves with the negativity and allow every child to be GREAT!” She concluded her message by stressing, “NORTH WEST PAINTED THAT PERDIOTDDDABCDEFGZFDT!!!!”