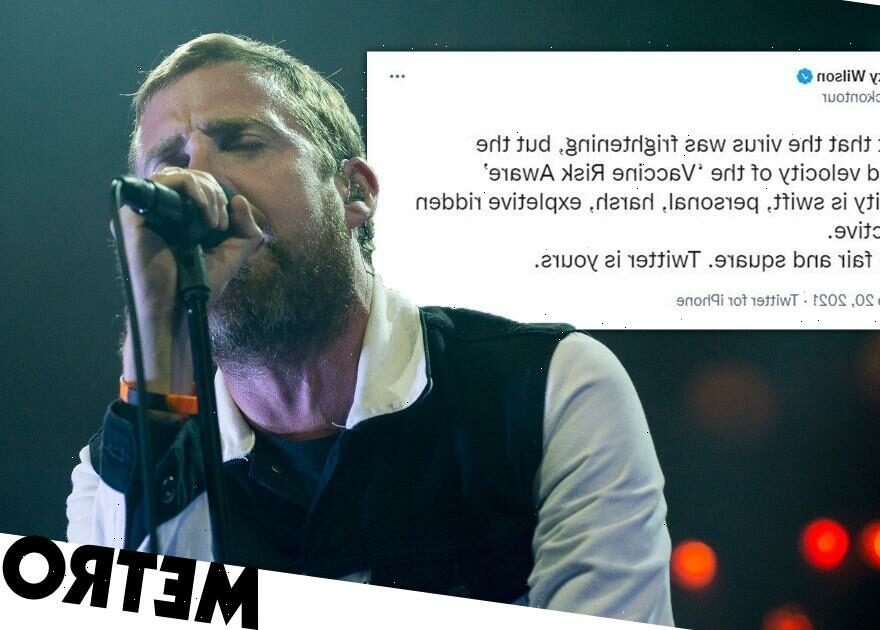 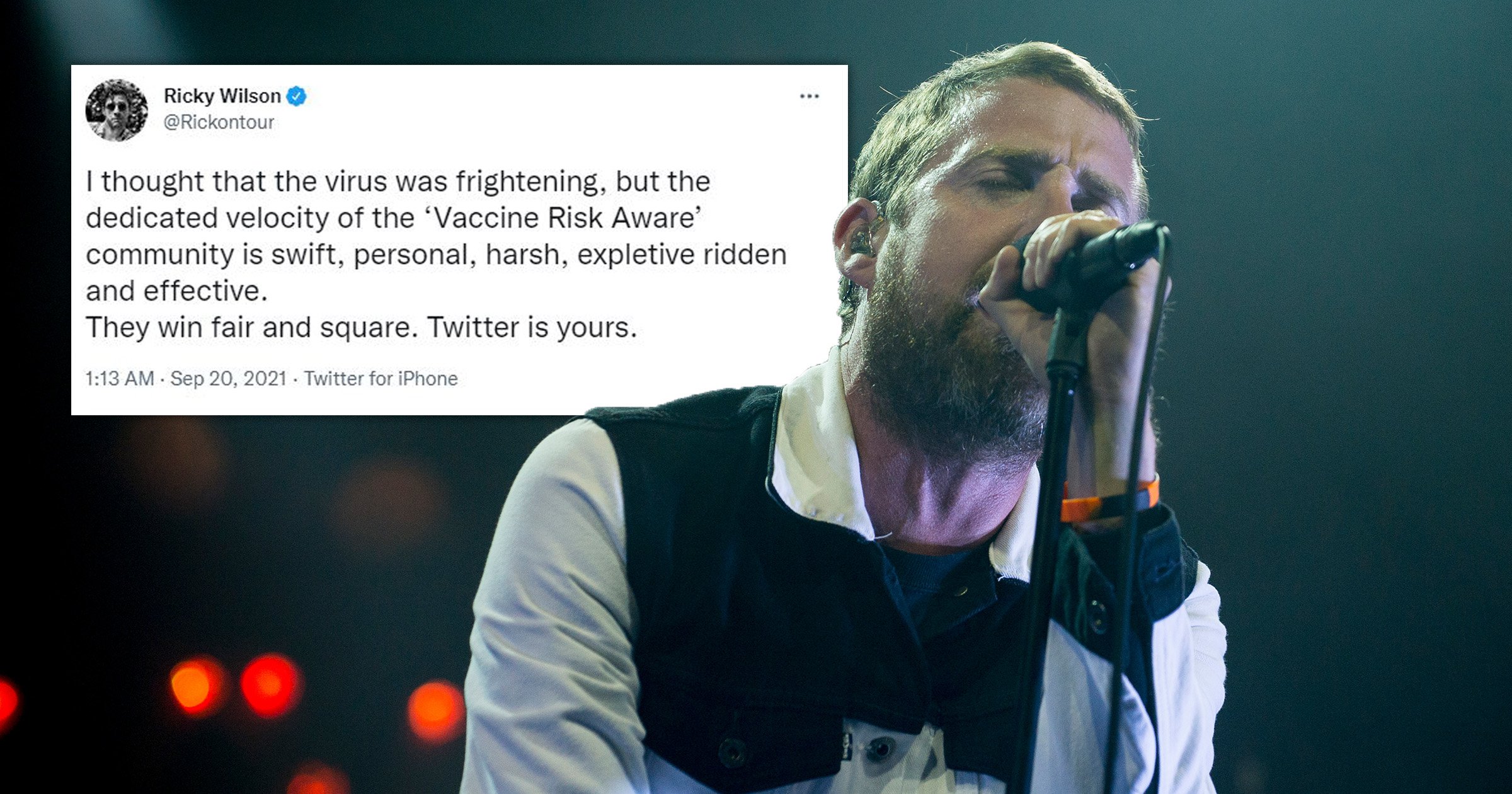 Ricky Wilson has hit back at ‘frightening’ and ‘harsh’ anti-vaxxers blasting him on social media after the Kaiser Chiefs’ Isle of Wight Festival performance on Saturday, claiming ‘they win’.

The I Predict A Riot singer caused a stir when he listed off the manufacturers of Covid-19 vaccines during the band’s set, including Pfizer, Moderna and AstraZeneca, and requested festival-goers to respond with a cheer to which jab they had received.

In footage shared on social media from the festival at Seaclose Park in Newport, Isle of Wight, the 43-year-old singer can then be heard saying: ‘Let’s hear it for the anti-vaxxers,’ which provoked boos from the crowd.

The video of his interaction was shared on social media, with some criticising his actions.

Presenter Gillian McKeith tweeted the clip, which does include swearing below, and branded it ‘the most depressing, manipulative scene I have ever witnessed from the music world’.

‘How much was he paid to become a drug baron? Pushing segregation and encouraging bullying,’ she added.

Nicki, who has more than 22million followers on Twitter, wrote on the platform: ‘My cousin in Trinidad won’t get the vaccine cuz his friend got it & became impotent. His testicles became swollen.

‘His friend was weeks away from getting married, now the girl called off the wedding. So just pray on it & make sure you’re comfortable with ur decision, not bullied (sic).’

The Starships singer’s claims were widely ridiculed and dismissed as ‘ridiculous’ by England’s Chief Medical Officer Chris Whitty, as well as ‘false’ and ‘time wasting’ by Trinidad and Tobago’s health minister, Terrence Deyalsingh.

The Covid vaccines are safe and effective and give you the best protection against the virus. They have been approved for use in the UK and have met strict standards of safety, quality and effectiveness.