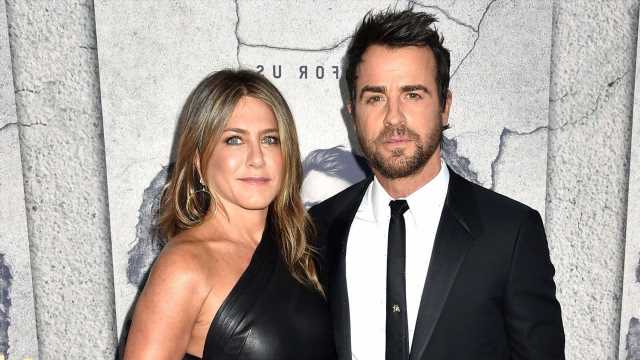 Justin Theroux is opening up about his split from Jennifer Aniston.

In a new interview with Esquire, The Leftovers star addressed a rumor about the reason why he and Aniston decided to separate three years ago. When asked if their desire to live on opposite coasts played any role in the breakup, Theroux replied, “That’s a narrative that is not true, for the most part.”

“Look, people create narratives that make themselves feel better or simplify things for them,” he continued. “That whole ‘This person likes rock ‘n’ roll, that person likes jazz. Of course!’ That’s just not the case. It’s an oversimplification.”

Theroux, 49, and Aniston, 52, tied the knot in 2015 and announced their separation in February 2018. Despite their split, Theroux told the outlet that he and Aniston have “remained friends,” even getting together for Thanksgiving in 2019 and posting birthday tributes on social media.

“We don’t talk every day, but we call each other. We FaceTime. We text,” he shared. “Like it or not, we didn’t have that dramatic split, and we love each other. I’m sincere when I say that I cherish our friendship. We can not be together and still bring each other joy and friendship.”

“Also, she makes me laugh very, very hard. She’s a hilarious person. It would be a loss if we weren’t in contact, for me personally. And I’d like to think the same for her,” he added. “I think that when you get good at relationships — and here I am, single — if you love the person the same way you loved them in the relationship, it would behoove you to love them the same way out of the relationship. Who wants to take a s**t while you’re walking out the door?”

Last month, ET spoke to Theroux about possibly working with Aniston again now that they’re both part of the Apple TV+ family. Theroux is starring in The Mosquito Coast, which premieres April 30 on the streaming service, while Aniston stars in and executive produces The Morning Show.

“Listen, if they wanna send me some pages,” Theroux joked to ET, about the idea of potentially joining The Morning Show. “[Jennifer’s] doing a totally different show. She’s in Los Angeles, obviously, shooting her show and bopping around there. So, it was sort of apples and oranges as far as our productions go.”

“We check in and I think we’re both having fabulous experiences working with Apple TV+,” he added. “It’s that perfect balance of support, and also not controlling the creative.”