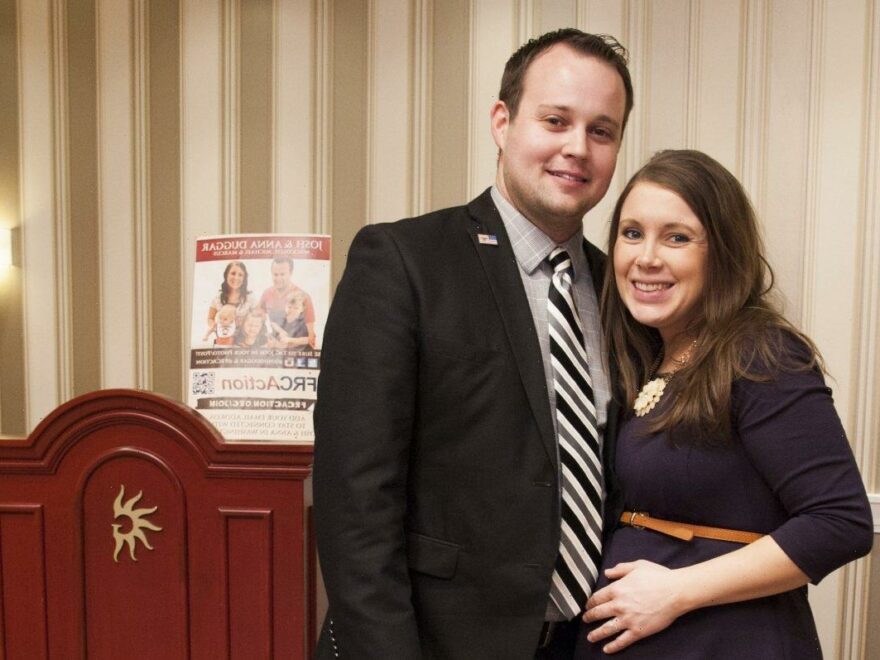 Josh Duggar is reportedly being held in solitary confinement for his safety during his stay at the Washington County Detention Center, and in-person visits are suspended during the coronavirus (COVID-19) pandemic. That doesn’t mean Josh isn’t connecting with people, though. A prison log of his phone calls shows that Josh has been talking to his family and even one of his brother’s in-laws pretty often. In the month he’s spent at the detention center, he’s placed 100 phone calls.

Josh Duggar was remanded to a correctional facility as soon as a guilty verdict was read on Dec. 9. While he awaits sentencing, he has plenty of free time, and he appears to be using it to video chat with his wife. According to the U.S. Sun, Josh received almost 40 video calls from Anna between Dec. 12 and Jan. 2.

Anna, who stood by Josh for the duration of his trial, made a hasty exit from the courthouse on Dec. 9. She hasn’t been seen in public since, and rumors initially swirled that she was considering leaving her troubled husband. Based on the chat log, she is, at the very least, talking to Josh. All evidence suggests that she is still living in a warehouse on the Duggar family property. If a divorce is in the works, it hasn’t happened yet.

Josh Duggar’s phone schedule is pretty full, and he isn’t just placing and receiving calls from Anna. The father of seven has been in touch with other family members and even a couple of people only distantly related to him. According to the U.S. Sun, Josh has placed dozens upon dozens of phone calls to family and friends since he was remanded to prison.

After a jury found Josh Duggar guilty of two child pornography charges, Judge Timothy L. Brooks stated that sentencing wouldn’t happen for several months. He noted that Josh would be held until his sentencing. Judge Brooks is expected to sentence Josh sometime in March or April. In the meantime, his lawyers are appealing his conviction.