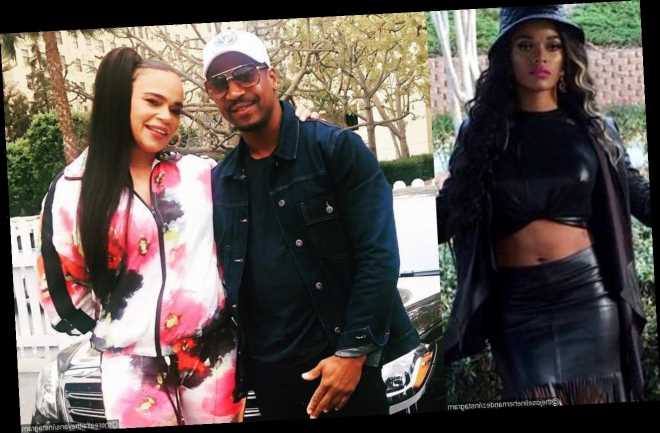 The Puerto Rican Princess’ post arrives after Faith reveals in an episode of ‘Behind Every Man’ that she once actually dumped the producer when she learned that he was still involved with his ex.

AceShowbiz –Joseline Hernandez apparently watched an episode of “Behind Every Man” featuring Faith Evans and her husband Stevie J. In the episode, Faith revaled that she once actually dumped Stevie when she learned that he was still involved with his ex. The claims triggered Joseline, who used to date the producer, to clap back at Faith fiercely.

“This old b***h needs to keep the bricks out her way,” the Puerto Rican Princess wrote. “I ain’t been with that man in 4 years. I’m happily with @balisticbeats Every time my TV shows bout to drop this ol wore down melted b***h got something to say to stay relevant.”

Not stopping there, Joseline accused Faith of infidelity. “B***h you a h** your own husband told me and my husband last week you cheated on him with young n***as and you do all the time,” Joseline continued. Claiming that Faith’s “crazy a** kid” almost “killed” her daughter that she shares with Stevie, Joseline continued ranting, “I have your husband on recording begging for my forgiveness cause Bonnie could have gotten killed by that animal you call son.”

“B***h go make a song,” the “Love & Hip Hop: Atlanta” star went on to say. “And FYI you been sucking Stevie d**k for years ejem before I dropped his sorry a**. Bye h**.” She added, “And go Watch my 3 TV shows that’s are currently playing on national TV and streaming Networks.”

In the said episode of “Behind Every Man”, Faith admitted that she “backed off” from the megaproducer because of his ex. “I wasn’t quite sure whether or not he was still involved with this ex,” Faith said in a clip of the episode. “So, you know when you kind of told me you guys weren’t together and then shortly thereafter finding out that you still kinda were, I think that’s probably when I stepped away because I’m not a man stealer, a homewrecker, you know.”

The musician went on to share that she made it clear with Stevie that she didn’t want to be a side chick nor she would tolerate him for having a relationship with another women. “It was way too much for me,” Faith added. “This was the main thing, if you’re not really serious, please don’t do this to our friendship.”