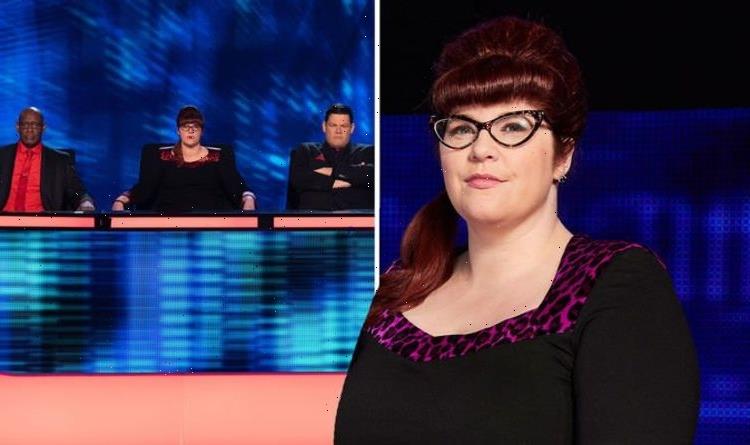 Jenny Ryan, 39, aka The Vixen couldn’t resist responding when a The Chase viewer named Bradley Smith criticised her ways on the show. After she shared a clip from Beat The Chasers on Twitter this week, he wrote: “You are our least favourite (apart from @ Darragh Ennis).

“You just come across as a complete smart****.”

Pixie Wilo wrote: “Literally the reason I like you!

“Smart powerful woman front and centre standing in her own knowledge that she rocks… I’m here for exactly that.

“You’re an inspiration to millions of people watching you so I say long may it continue x.”

Mike Holden added: “Imagine thinking ‘smartarse’ is a criticism for a professional quizzes.”

A third typed: “Ignore them queen, you’re my absolute fav. We stan Jenny in this household.”

Anne Hegerty chimed in: “Slightly affronted that you think I’m NOT a complete smart****.”

Darragh Ennis also wrote: “Ooh, I’m the least favourite? Finally I beat you at something!”

The celebrity specials saw the likes of Carol Vorderman and Joel Dommett putting their knowledge to the test to win money for their chosen charity.

Despite their efforts, Clive Mantle and Simon Weston were the only celebrity participants who managed to beat the chasers so far this year.

Previous series have seen the quizmasters clash over time wasting and wrong answers while up against brave contestants.

Last year, Jenny jokingly punched Paul for getting a question wrong, while Mark slammed Shaun for taking his time.

Despite this, the Vixen said they are all friends and support each other.

She told Yours.co.uk: “We’ve known each other for years through the quiz circuit. Darragh (Ennis) is our new boy, but he’s slotted in really well.

“Being a Chaser is something that no one else understands so we have to be there for each other.

“We’ve got a Whatsapp group but you don’t want to know what goes on in that!”

The Chase continues tomorrow at 5pm on ITV.