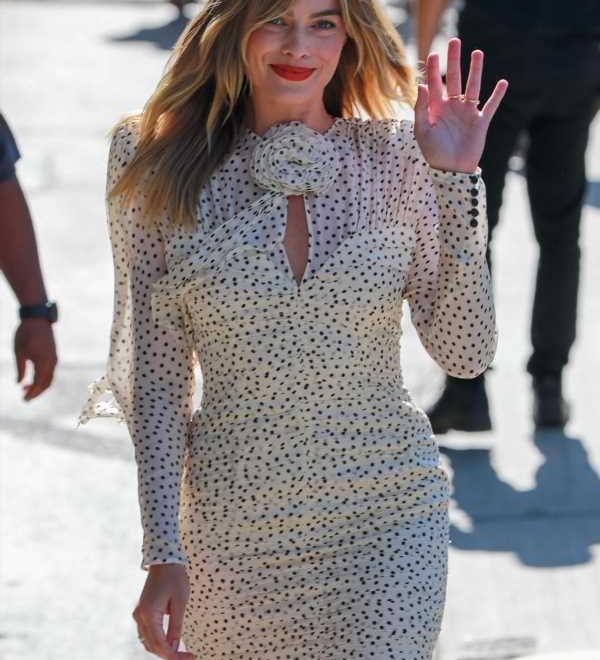 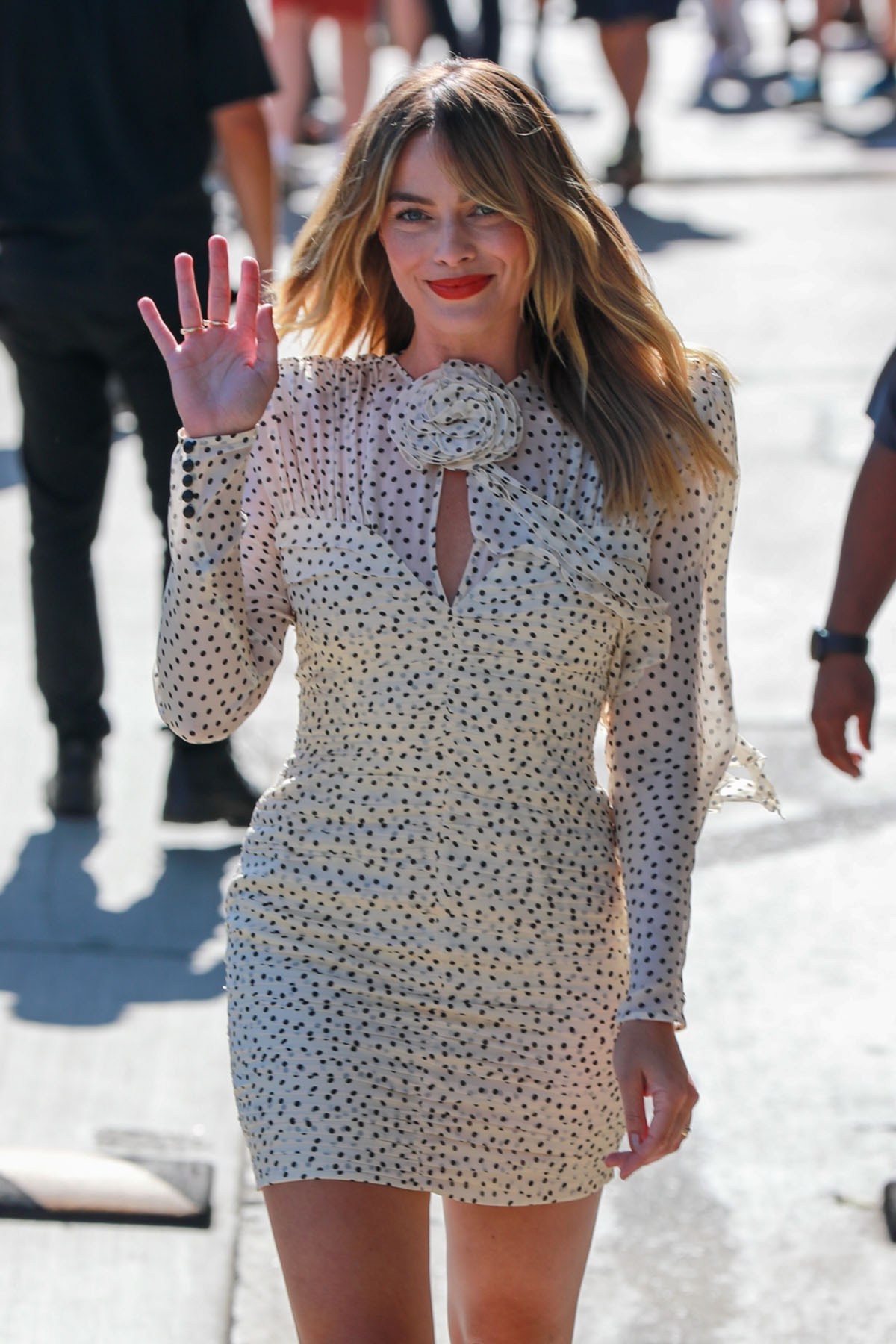 Margot Robbie, John Cena and James Gunn were on Jimmy Kimmel Live, with Anthony Anderson hosting. They’re promoting The Suicide Squad, the sequel to Suicide Squad, out August 6th in theaters and streaming on HBO Max. I’m not into DC movies and have not seen the original, I’m sorry! Apparently rats feature prominently in Suicide Squad as there’s a character who can control them called Rat Catcher. They worked with multiple rats on set. I remember a story about Jared Leto giving Margot Robbie a live rat after the first movie. In the interview, Margot confirmed that she had a pet rat when they made the first film although she said she had to give it away after her landlord found out about it. Then director James Gunn started extolling the virtues of rats.

James Gunn On the rats in the movie
James Gunn: We have a rat who by the name of Jaws who we worked with a lot and then a rat by the name of Crisp Rat, who which is named after my friend Chris Pratt of course. They were our main acting rats they played Sebastian the rat in the movie. Then we had about 300,000 animated rats.

Margot on her pet rat, Rat Rat
Margot Robbie: I had a pet rat when we did the first movie. His name is Rat Rat. When we shot Suicide Squad Mr. J gave me a rat and he became a beloved pet. We called him Rat Rat he liked beer and bath time. Then the landlord of the place I was renting found out I had a rat and said Rat Rat had to go. Then Jai Courtney who plays Captain Boomerang said I’ll take Rat Rat and then his landlord wasn’t cool with that either. Then one of the costumers on the job took Rat Rat and then she had to give Rat Rat away. She gave him to Guillermo Del Toro’s daughters apparently have rats so in the end Rat Rat’s a bit of a star f-ker really.

James Gunn loves rats
James Gunn: I made the Guardians of the Galaxy movies and after we put Rocket in that movie suddenly I got all these notes from all over the world of people having pet raccoons and they’re terrible pets. Rats are the best small animal pet in the world. They’re better than gerbils, they don’t bite like hamsters, they’re not like crazy stupid like guinea pigs, they’re as smart as a horse. For people that want a small pet a rat is the very best.

I’ve told this story here before, but I had a pet rat for a short period of time in college. My goth friends had one and they kept telling me how smart they were as pets. The first day I had her, the rat figured out how to get out of her cage so I put a heavy book on the top of it. She continued to smack her head on the top to open it and you can figure out how this story ends. RIP Jessica the rat. So I agree that rats are smart, but I don’t have much firsthand experience with them as pets. How weird is it to give someone a pet, especially if they’re not a family member? At least a rat is small and like Margot found out, you can give it away to a loving home. Do you truly want a smart pet though? Sometimes it’s best to have a dumb to average pet, as I learned the hard way.

Here’s the interview. I didn’t have a high opinion of James Gunn before this given what I know about him, but he came across OK. John Cena was doing a bit and it was kind of cute. I always like watching his interviews. Margot is so cute and you can tell she’s a hard worker but chill.

I know this is a Quokka but it’s so cute!

Hedghog because she doesn’t have any pics of her rat on her Instagram!

Here’s a rat. They are cute! 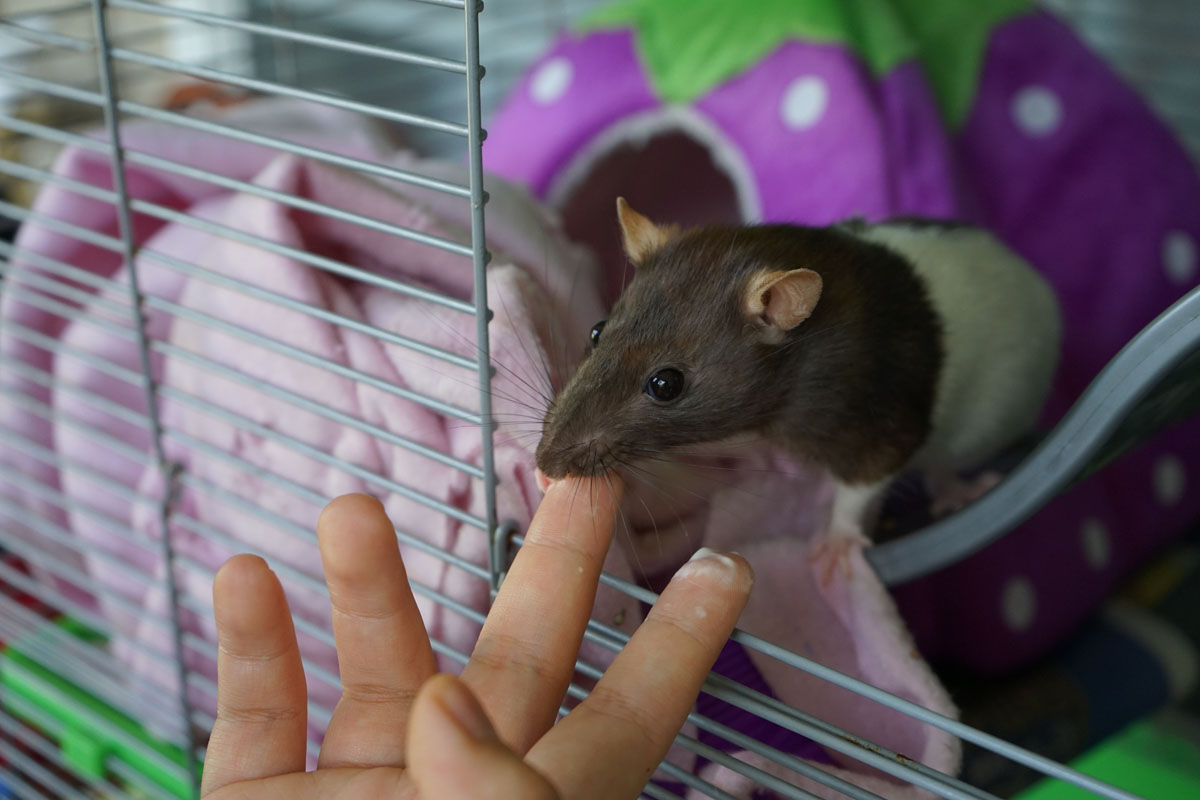 photos credit Backgrid and @firecloak and @ok_milka on Unsplash