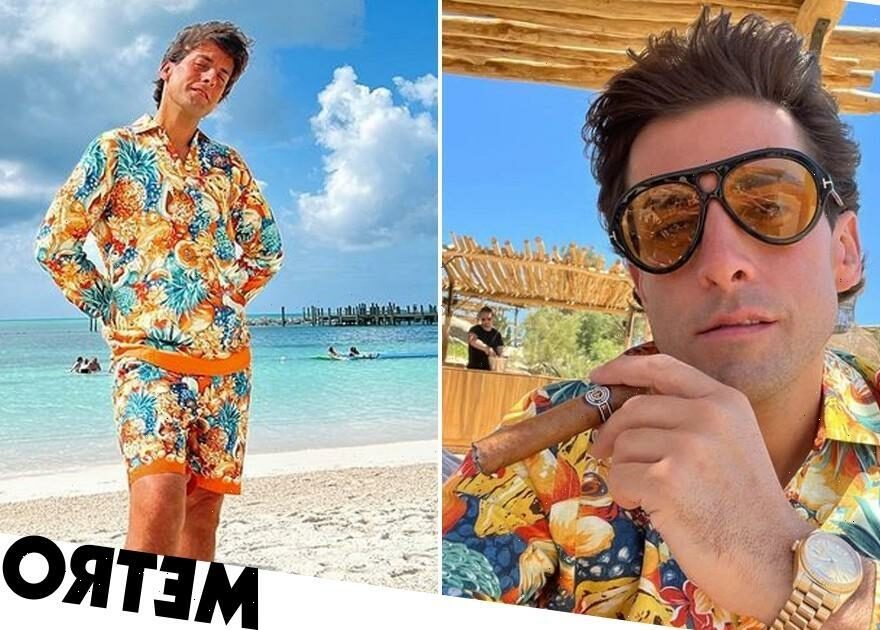 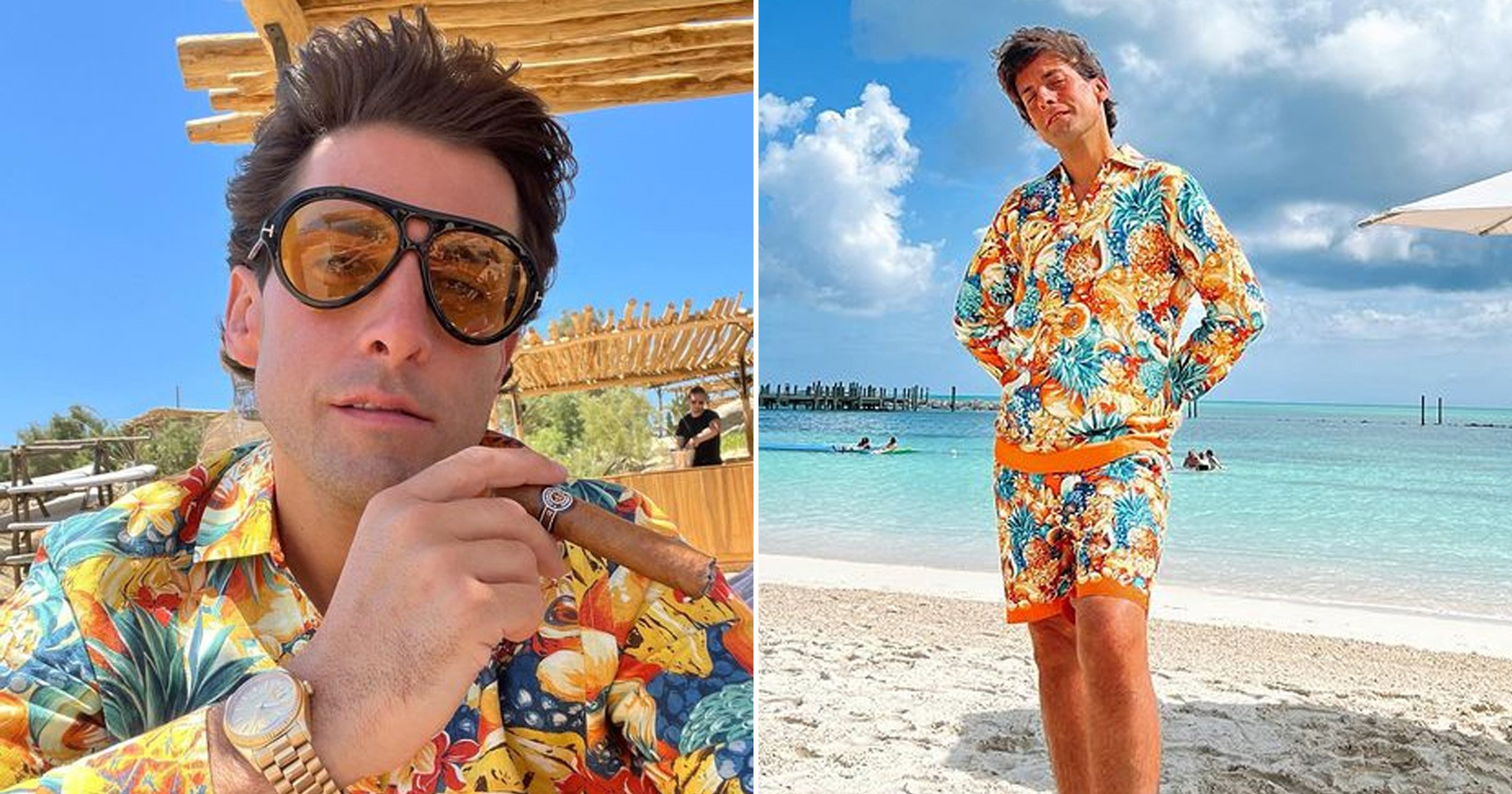 James Argent has enjoyed transforming his wardrobe since losing weight, giving him a newfound confidence.

The former Towie star is currently sunning himself on holiday in Mykonos and it’s an entirely different experience for him now that he’s feeling different in his body.

Arg, 34, has noticeably slimmed down over the past year after having gastric sleeve surgery which resulted in him dropping 14 stone, and adopting a strict fitness and healthy eating regime.

With his new physique, Arg has also switched up his fashion game and feels more comfortable wearing looks he felt he couldn’t before the weight loss.

In his latest Instagram post, the singer shared a series of photos of himself rocking a snazzy Versace-esque tropical patterned shirt while posing with a cigar and a pair of shades.

He wrote in the caption: ‘I truly accept & trust myself, I really have a sense of control in my life. I know my strengths & weaknesses well, I finally have a positive view of myself.

‘I like being different & I can handle criticism. Not everyone is going to like my style or the way i dress but I’ve lost 14 stone in weight so I’m entitled to wear whatever the hell I want 🙌🏼’

It comes after Arg reflected on his transformation with before and after photos of his weight loss.

Taking to his Stories last month, the ex-reality star shared a photograph of him beaming from a hospital bed, writing: ‘Celebrating my one-year surgery anniversary,’ with a Before tag on the photo.

The next photograph, with an After tag, shows Arg now, 13 stone lighter and looking fit and healthy as he smiles in the sunshine.

Arg thanked the We Are Transform company for their support in his journey, writing it was the ‘best decision I’ve ever made’.

The TV star lost the weight within nine months of the surgery, after doctors warned him he could die if he didn’t lose weight.

At his heaviest, Arg weighed 27 stone having gained much of the weight during the pandemic and subsequent lockdowns.

His lifestyle change came following a near-fatal overdose on Christmas Day in 2019, after which he sought help to beat his drug and alcohol issues.