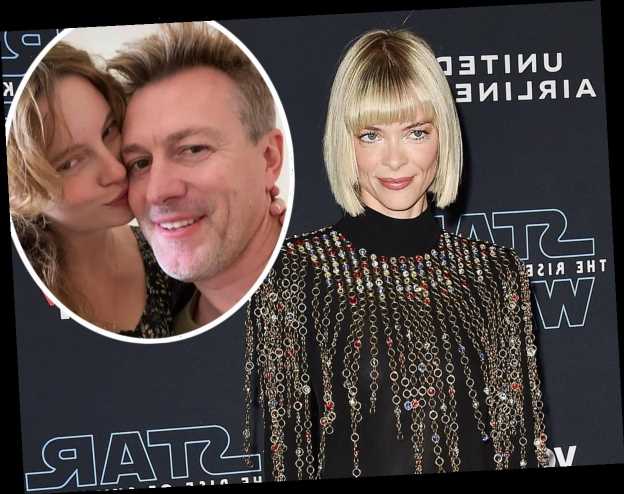 Amid the former couple’s bitter divorce battle, Kyle Newman shared a sweet V-day post with his girlfriend Cynthia Nabozny. Captioning two selfies of himself and the 26-year-old musician, the 44-year-old director wrote:

“Happy Valentine’s Day to this angel!

For those who don’t know, Cynthia — better known as CYN — is a Michigan-born singer-songwriter who once auditioned for American Idol. She’s currently signed to Katy Perry‘s record label Unsub Records, and has been enjoying a red-hot romance with the director over the past few months.

In fact, it looks like Cynthia’s already met Kyle and Jaime’s two children, as he shared a pic of them all together during the holidays. Alongside a pic of the group (sans Jaime) all posing by the tree, the father-of-two wrote:

“Merry Christmas everyone! May your holiday be healthy and bright. I am thankful for all of the love in my life. And determined to radiate it back!”

Don’t feel bad for Jaime, though: the Sin City actress has a special Valentine of her own!

The 41-year-old star is currently linked to social justice entrepreneur Sennett Devermont, who previously founded Mr. Checkpoint, a site which alerts people to DUI checkpoints. The My Bloody Valentine star and 33-year-old businessman were spotted taking a drive together in Beverly Hills earlier this month, and have been seen around El Lay together getting takeout and on coffee dates.

We’re glad to see both are enjoying new romances, as the pair have been locked in a contentious legal war since Jaime filed for divorce last May, along with requesting a restraining order against Kyle, claiming that he had abused her during the last five years of their 12-year marriage.

Jaime’s temporary restraining order against him was granted, but then Kyle made wild claims of his own in a counter-complaint, painting the model as an alleged addict and alcoholic who has neglected their two sons.

The Fanboys filmmaker filed for sole physical custody of their two kiddos in November, claiming he has been “the children’s primary caretaker since their birth” and that the boys “have spent the large majority of 2020 in my sole custody.” A rep for Jaime argued that Kyle’s lawyers “filed selectively redacted documents which perpetuate a false narrative about Jaime,” and that her main priority is the well-being of their sons.

Hopefully the pair can settle their differences sooner than later, but we’re glad they’re finding happiness elsewhere in the meantime. Ch-ch-check out Kyle’s full post (below).